I’m a firm believer in constant renewal, be that daily, weekly, monthly, or yearly resets. That is, after all, what New Year’s Resolutions are: a reset. A chance to start a new habit or break an old on.

But it is a good idea to plan ahead and be ready for your start date, and that’s where it’s good to review the current year. I actually started the process this week at my office during my lunch hours. I found an empty conference room with a large white board and started taking stock of 2022 in terms of my writing. I made various lists including the following:

For those that top line item, I was brutally honest with myself. Why had I not produced as much writing as I wanted to back on New Year’s Day 2022? I dug into my answers, looking for ways to improve. Because if something isn’t working for you, have the courage to confront it, ask why, and then change. That’s vital to having a sustainable, repeatable system.

I realized my paltry fiction output in 2022 was a combination of two things: my son moved out of the house (and I wasn’t prepared for the pre-move/post-move emotional wallop that produced) and my day job is the most creative day job I’ve ever had. These past few weeks, I’ve recognized how these two threads play into my psyche and have adjusted.

The Changing/Change list are the positive aspects of my life I’m implementing to address all that went wrong. I made sure that the items on these lists are all positive. I went through a terrible time in the beginning of the last decade where I’d chastise myself when I faltered and that didn’t lead to anything good.

The system part is the nuts and bolts part of writing. I’ve tried various ways to write novels and stories. Some don’t work. Some do. My challenge to myself is to take stock of what works and implement it and make it repeatable.

The good thing about taking stock and looking ahead, at least for me, is that it makes my excited to start. I’m purposively limiting my start date to New Year’s Day 2023 to build up anticipation and excitement.

But I pave the way by a month’s worth of preparation.

In my continuing adventures in the land of honkaku, (traditional, often locked-room Japanese mystery novels), I recently read Seishi Yokomizo's The Honjin Murders.  Published here by Pushkin Vertigo, it was first released in Japan in 1946, putting its author on the mystery scene map and launching him on a long and successful writing career. 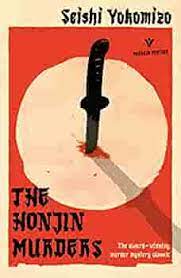 The detective in this, making his first appearance, is one Kosuke Kindaichi, who Yokomizo wrote 77 books about, and the time is the winter of 1937.  In a small, rural village, the large Ichiyanagi family is all excited getting prepared for the wedding of one of their sons, Kenzo, to a young woman named Katsuko. On the night of the wedding, however, the Ichiyangi household is awakened by a horrendous scream, followed by the sound of eerie music played on a koto.  Bride and groom are found murdered.  The killer, whoever it is, has vanished into the night, and all that is left behind as clues are a handprint and a bloodied samurai sword, stuck into the unmarked snow outside the house where the murder took place.  Who did this, is the first question, why, is another, and the third question is, in vintage locked-room fashion, how could this killing have been done. 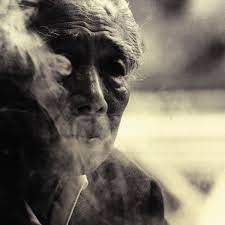 What makes The Honjin Murders stand out, aside from the excellence of the puzzle itself, is how it uses its plot and characters to look at rural Japanese customs at the time. Class distinctions are explored along with ideas about family bloodlines, tradition, and honor at a time, apparently, when all these concepts in Japan were in flux, the old meeting the new.  But through it all, with his cast of eccentrics, Yokomizo keeps things moving quickly, and he's adept at mixing lighthearted and at times tongue-in-cheek narration with scenes full of macabre atmosphere.  The murder is particularly gory.  And as I have found with several of the honkaku I've read, there is a very entertaining self-referential quality about the book, evidence of the author's love for the very kind of mystery story he's telling.  He makes one of the characters (and thus suspects) an avid reader of mystery novels, and his detective, Kindaichi, is a reader of detective novels, and one chapter in the book is called "A Conversation about Detective Novels".  While discussing the mystery at hand they're in (The Honjin Murders), Kindaichi and others discuss the difference between mystery fiction and real life, how criminals behave in each, and they reference Gaston Leroux's The Mystery of the Yellow Room as well as a couple of John Dickson Carr's books.  It's something I find intriguing and enjoyable every time I read one of these Japanese mysteries, how tropes and patterns developed in Anglo/European fiction get refracted through a different prism, and with such cleverness and fun.  Kindaichi, I should add, is an engaging and likable character, with quirks, needless to say, and with his scruffiness and overall laid-back demeanor, it's no surprise that he's been described as someone not unlike Peter Falk's Columbo.  He is, at least in this book though, an amateur detective, fulfilling that particular genre tradition.
Got a couple nights? Want to learn something about samurai swords and how kotos are strung while trying to figure out who killed the bridal couple?  You can't go wrong with The Honjin Murders.
Posted by scott adlerberg at 2:00 AM No comments: