What are Some Book Examples of The AC/DC Rule? 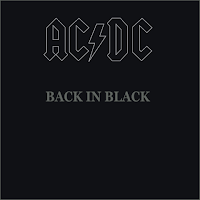 Quick: What’s the most famous album by AC/DC?

If you, like me, instantly thought of the 1980 album Back in Black, you are not alone. It’s the band’s top-selling album and one of the best-selling albums of all time. But that seminal album never reached Number 1 on the Billboard charts. That was the next album, For Those About To Rock.

A year ago on the Hit Parade podcast, an episode dropped entitled “The AC/DC Rule.” This podcast discusses music history and quirky things about the chart performances of various songs and bands. It spent two episodes discussing what they dubbed The AC/DC Rule. Put simply, it’s this: there are famous albums by major musicians, ones we all know and love, with our favorite songs on them, but those albums are not always the ones that topped the album chart. It was the next album, the album that rode the coattails of the more-famous album to the top of the charts but may not be as fondly remembered or sold as many copies.

The episode details how Cat Stevens, Boston, Billy Joel, and others all experienced the AC/DC Rule. It happens for movies as well. The second Austin Powers movie, The Spy Who Shagged Me, scored more money in its opening weekend than the debut film did in its entire run.

The pattern exists for the second Pirates of the Caribbean movie, the second Hangover movie, and others. I can’t remember all the other albums the host, Chris Molanphy, discusses, but it’s a curious thing.

Which naturally got me to thinking about this rule for books. A few instantly jump to mind. The Da Vinci Code by Dan Brown was a massive success, but that was Brown’s fourth book. As well as Da Vinci Code sold, his follow-up, The Lost Symbol, sold a million copies on the first day. Yes, you read that correctly. Now, Lost Symbol ultimately didn’t outperform Da Vinci Code, but you can see the pattern.

I think it’s safe to say this kind of thing applies to debut authors as well. Be it music or books, it’s the dreaded sophomore slump. The debut album by Hootie and the Blowfish, Cracked Rear Window, sold more than 21 million copies. Their second album, Fairweather Johnson, sold only 3 million. Kinda funny to write "only" in that sentence. On the book side of the ledger, The Martian by Andy Weir and Ready Player One by Ernest Cline both took the world by storm but their next books did not meet with the same success.

I’ve been trying to determine if there are other books that fall into this category so that’s what I’ve been pondering this week. Can y’all help me?