The 3 Essential Principles of Storytelling

I’ve been actively pursuing a career in writing for more than a decade and have read countless books on writing. I’ve read Stephen King’s On Writing, Elmore Leonard’s 10 Rules, and was a devotee of Lawrence Block’s column on fiction writing in Writer’s Digest.

In all that time, I’ve boiled down what I’ve learned into three general principles. The overarching idea is to keep the reader reading.

The reader wants to be entertained. If your story does that (and your reader is hoping it does), then you will reap the rewards.

But all too often, a writer will violate one of these three principles, and the reader gets pulled out of the story. They stop reading.

When that happens, they don’t leave glowing reviews. They don’t recommend it to their friends. And they don’t buy your next book.

So before you submit your book to your publisher, or hit publish on KDP, take time to ask whether your story passes muster on these three points.

Life is short. There are too many great books out there for your reader to waste time on a boring story. So you better make damn sure your story isn’t boring.

Elmore Leonard said he left out the parts that readers skipped over. He didn’t want to bore his readers. Which is why he would sometimes sum up bits of dialogue with a line of narration. Because maybe we already know what the characters would say.

If Raylan Givens tells a cop who just showed up on the scene what just happened, we don’t necessarily need to hear three pages of Raylan recounting what we already witnessed as readers.

So Elmore Leonard might instead just say, Raylan told Officer Jones what just happened, leaving out all the boring parts.

Info dumps also tend to be boring, especially in the middle of a scene. It’s like racing down the street and suddenly killing the engine for no reason. The action abruptly stops. The thrill is gone, baby. The reader tosses the book aside. Next!

Without giving the readers a full accounting of our character’s histories at the beginning of the book, we’re afraid we will pull the readers out of the story. But doing so can put readers in a coma.

The best way to fix this is by identifying the absolutely critical elements in the info dump, intersperse those bits into action and/or dialogue, then toss the rest. Because readers are smarter than you think. They are used to figuring things out from context. And what they don’t figure out right away can introduce a sense of intrigue that will keep them reading.

Also, look at how you describe characters. Does the reader need to know that the receptionist in the office has blond hair? Or is it more revealing that his clothes are rumpled? See what I just did there? You were assuming the receptionist was a woman, huh?

Okay, enough on this principle. You get the point. I don’t want to bore you.

Principle #2: Don’t insult the reader or their intelligence. 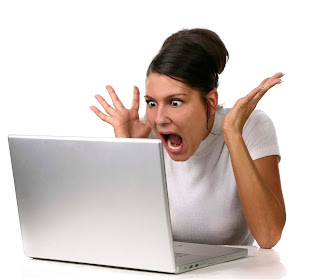 That whole thing about writing what you know? It's bull hockey! Well, to an extent.

It's okay to write about things you don't have personal experience with, provided you do the proper research. This applies to writing about space exploration, police procedures, and locations you've never visited.

One of my pet peeves are scenes where someone’s house has been broken into and the cop says, “The lock doesn’t appear to be picked. There are no scratches on the lock.”

Granted most people aren’t as familiar with lockpicking as I am (long story for another time). Thing is, unless a burglar is a complete klutz, they won't be scratching up the outside of the lock. The picks go INSIDE the cylinder.

If you don't want to look like a fool, do your research and have an expert in the field beta-read your story to check for glaring errors. Because readers will tell you when you screw up and ding you in reviews. Better to learn about it before it goes out to the world.

The same goes for writing about marginalized communities of which you are not a member. As an outsider to that community, you are missing a lot of context—lingo, cultural references, and social taboos, just as an example.

So if you are writing about a transgender woman, do your freakin’ research on what it’s like to be transgender in this day and age. There are lots of YouTube channels from trans people who share what they face on a day-to-day basis.

I can’t count the number of poor representations of trans characters I’ve read or seen on the screen. Trans women stumbling around in heels or the trans hooker trope, that kind of crap. It just turns me off.

Once you’ve done your research and have written as authentic a character as you can, have a sensitivity reader take a look at it. Not only will they help you avoid alienating readers, but they will help you create a more nuanced, authentic character.

Principle #3: Don’t confuse your readers (at least not for too long)

It took me three or four episodes before I had any clue what was going on in the Netflix series Stranger Things. A lot of people quit watching after one episode because it was too confusing. Eventually, I caught on and fell madly in love with the show.

I also struggled quite a bit reading the first book in Jim Butcher’s Cinderspire series because the world was so different than what I could relate to. And I’m a big fan of his Dresden Files novels.

If you throw so much at your readers at once that they get completely confused, they will stop reading.

A little confusion is okay and can generate intriguing questions in the reader’s mind, propelling them through the story. But if you push it too far, they will toss the book aside. Readers don’t mind figuring things out from context, but don't make them do advanced calculus along the way.

I struggled with this a little bit with my outlaw biker series. There is a lot of lingo that is foreign and confusing to non-bikers. What’s a bitch seat? What does it mean to ride sweep? What’s a cut? What are twisties? What does it mean to scrape the pegs? I knew what they were because I'm a biker. But most of my readers are not.

So much of this is a balancing act. You don’t want to bore the readers or insult their intelligence by overexplaining things. At the same time, you don’t want them so confused that they throw your book at the wall in frustration. So how do you know where the happy medium is?

Get feedback from critique partners or beta-readers, especially people who may not be as versed as you are on the topic.

Your book is a partnership between you, as the author, and the reader. Your goal is not only to tell a story, but to tell it in a way that keeps the reader reading. Because if they stop reading, they probably won't leave a review. They won't recommend it to their friends. And they won't buy or read your next book. So keep the readers reading. Follow these three principles. 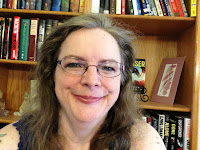 As one of the few transgender authors in crime fiction, Dharma Kelleher writes gritty stories for misfits, oddballs, and eccentrics.

These are great rules, Dharma. Now I'm dying for the lockpicking story!