My dirty little secret is that, as far as crime fiction goes, I'm largely uneducated on the classics. I was a young teenager when Tarantino blew up. I talked my dad into renting every Robert Rodriguez movie I could find at the video store when I was at his place. My introduction to crime fiction came on VHS, and movies are my biggest influence when it comes to the genre. I only started on Elmore Leonard because Tarantino made Jackie Brown. The nineties were a pretty solid time for crime movies, and I don't really have any regrets (though it can get embarrassing when crime writers start talking about books I've never read, authors I know I should know).

Last week it came to my attention that Netflix had Roadracers - one of Robert Rodriguez's early efforts - one I had never seen. When I mentioned I was watching From Dusk Till Dawn (yeah, I'm bringing it up again, if I go too long without bringing it up I start itching) and someone suggested it. Well, it's been rec'd, I have easy access, and it's Rodriguez, so here I go. 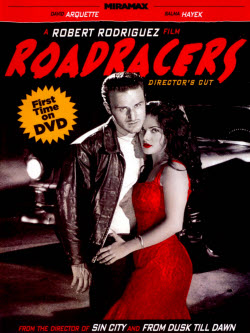 I've mentioned before the sort of things I think make criminal protagonists fun to root for - the primal part of us longs to be selfish. The fact that most of us grew up being sold a version of the "American Dream" that doesn't seem to exist makes their greed satisfying. What Roadracers gets right is the other element - we like angsty motherfuckers who can't fit into a society that's trying to wring everything different about them out into the gutter. Rodriguez's protagonist, Dude, would rather live in the gutter than let them win. There's some real beauty in how the fifties setting works to highlight issues that still exist today (even if I did spot what appeared to be a Toyota Tercel in the background of one shot).

Dude takes a lot of heat because his girlfriend is Mexican. Rodriguez doesn't shy away from showing exactly how nasty people can be to Latina woman. The other women in the film don't hesitate to throw slurs at her, the men seem to feel entitled to grabbing her, kissing her, and then talking about her like she isn't there - the sad truth is, Latina women are at higher risk for assault like this. More likely to be viciously catcalled, more likely to see violence as a result of their defiance in such situations. If that's true now, I imagine Donna's situation in the film might actually be a little lighter than what a Mexican woman might have faced in an all-white town in the fifties.

Maybe her understanding of what it is like to be an outsider is what draws her to Dude, a dirty greaser in a broken down convertible who always seems to be in trouble. Most of the film centers around his feud with the local cop's son. We discover this cop has it out for him, because he had it out for Dude's absentee father. What I've always loved about Rodriguez's films is the way he quietly inserts big moments and profound thoughts into these violent, over the top movies. Sure, there's a scene where the two groups of teens are drag racing down Main Street and one of the women's hair is on fire - but there's also an expert juxtaposition of the film Invasion of the Body Snatchers and Dude's big dilemma. He wants to get the hell out of Dodge, but the anger in him, the lack of self respect, is driving him to continue this feud that's sure to end badly for all involved.

His instinct to be true to himself hobbles him at every turn. He has an almost Holden Caufield like disdain for people who go with the grain. At one point, he says, "I want to make music that scares the Hell out of people." Even as you watch him blow it for himself again and again, dammit, you want him to succeed. You want him to break free of the suburban bullshit  that's threatening to strangle him, the baggage saddled on him by his deadbeat dad, the doubts he has over his musical talent. More than anything, you want to see him beat the smirk off that asshole cop's son. 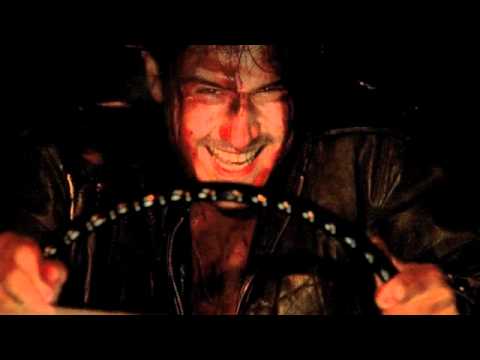 When shit gets real and the film turns, when we see the path Dude takes, it's hard not to be happy for him. I won't get into spoilers, because the movie is on Netflix and you really need to see it. The music is phenomenal, and in a true testament to Rodriguez's talent as a director, David Arquette is cooler than cool in the lead role (plus - Selma Hayek. There is never enough of Selma Hayek). What makes the movie special, aside from being an awesome rockabilly ride for folks who are into that, is that it hits on racism, police corruption, small town bullshit, shattered dreams, and so much more all while pumping you up with knife fights and drag races and all the shit that makes Robert Rodriguez movies so much fun to watch.

Maybe sometime I'll regale all of you with my favorite profound moment from the Spy Kids franchise. 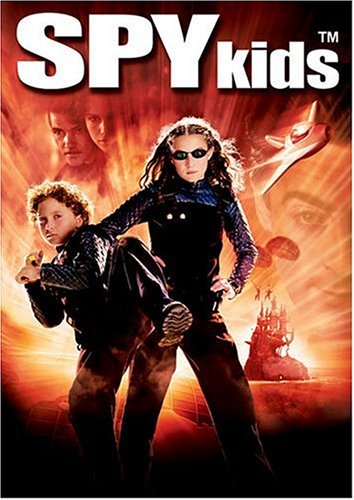