I’ll confess that I had a longer (and different) post that I wanted to write but the day job interfered and I don’t have enough time to do that post justice. Also, seeing all the photos from Bouchercon up in Minneapolis is making me wish I were up there.

So in that spirit, here’s a list of winners for the Barry and Macavity Awards (AKA things to add to your TBR pile).

The Barry Award winners are selected by subscribers and readers of Deadly Pleasures, where one of the magazine’s stated goals is to search out and report on the best works being published in the field of crime fiction each year.

BEST NONFICTION/CRITICAL
How to Write a Mystery: A Handbook from Mystery Writers of America edited by Lee Child with Laurie R. King (Scribner)

Not Hardboiled, and All the Better for It

It's been out over a year and the second installment was released, if I'm not mistaken, today, but I just caught up while on my California trip with Jonathan Ames' private eye novel A Man Named Doll.  Now I've been a fan of Ames' stuff for a while; I enjoyed the HBO series Bored to Death a lot as well as his earlier crime novel You Were Never Really Here, and his nonfiction pieces over the years have been quite enjoyable to read.  With A Man Named Doll, as he has written, he's committed fully to crime fiction, at least for the foreseeable future, and I'm of the opinion, not alone in this, that it's a success on pretty much all levels. 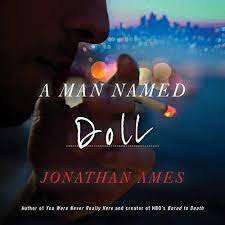 First of all, it's fun.  The eponymous narrator, former cop and now PI Happy Doll, narrates, and his voice is instantly engaging.  This didn't surprise me since Ames has always been a sort of charmer of a writer, with his sharp wit and his sense of humor.  And wit and a sense of humor are nothing new in private detective fiction, but Doll has his own particular Ames-inflected voice, and what I loved about it here is that it's decidedly not hardboiled.  To be honest, I've become a bit weary of reading crime fiction, PI stories or otherwise, that traffic in a sort of hardbitten, clipped and tough, let's-make-sure-it-sounds-hardboiled, voice. They can almost read as parodies of the older style of this kind of fiction, with emotional withholding supposedly conveying meaning or gravitas to the reader, when, in fact, as I see it, it usually means I come away caring not all that much about what I've read.  But so be it.  People write what they write.  With Ames, with his Happy Doll, you get a PI voice that's funny but a tad melancholy, who's emotionally accessible without being sentimental (or "soft"), who has a clear-eyed view of human beings and their foibles. He knows the nastiness, the malevolence, that drives some people, but he hasn't let the knowledge embitter him or make him glibly cynical. He's had his share of setbacks, like everybody, but he's able to convey his regrets in life, his romantic yearnings, his plain old affection -- no, love -- for his dog.  He's a fully fleshed-out human being, a guy you understand and would like to know.  You could have a drink, a very mellow hang, with this guy, and it might turn into a heart-to-heart conversation.  And still, he is an ex-cop, let's not forget, a guy who, like any self-respecting PI, tells a story replete with danger and violence.  Plus, true to his profession, he knows how to take a punch, absorb punishment.

In the book's favor as well is the timeless virtue of brevity. The book runs a little over 220 pages, its language succinct and graceful.  Ames' similies are surprising but precise, using simple words to make unusual connections.  Not for him the forced and overly ornate metaphors used by some who see crime fiction, and PI tales in particular, as the place to go nuts with phrases beginning with the word "like".  If you know how to get a character across to a reader in a paragraph or two, how to use just the right words to set a scene and let the story flow from there, there's no need to go on and on with a novel of 300 or 400 or 500 pages.  The length of Ames' book gets the job done and provides the reader with the pleasure of being able to get through the narrative fast, in a couple of readings.  I read most of this novel on the plane ride from New York to Los Angeles, and I'm a slow reader.

I can't say I'm unhappy that Jonathan Ames has turned his talents to writing crime fiction, and I'll be picking up the second Happy Doll installment soon. 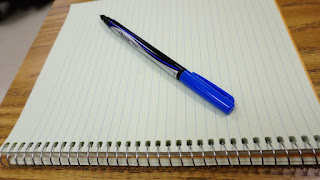 Take a break? Or take advantage of the three-day weekend to get more writing done? Whichever you choose, Happy Labor Day.