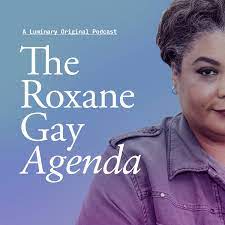 I’ve been enjoying The Roxane Gay Agenda podcast recently, but was taken to new heights  of love this week when her guest was Shawn Cosby.

I made the mistake of listening to it in the car, which meant scribbling down notes and quotes as I sat at stoplights (at this point, I’d like to formally apologize to the dude in the Nissan Sentra behind me who I caused to miss that green light).

They talk about a variety of things, including of course crime fiction. She’s a big fan of Cosby’s Blacktop Wasteland and Razorblade Tears (both of which I highly, highly recommend and if you’re a longtime DSD reader, you already know he’s a blog alum and a fantastic writer).

It was interesting to hear about the themes he addresses in his work, including the idea of tragic masculinity and how his characters deal with the consequences of their values and beliefs. Often, that involves crime.

"To me, every crime is a confession of pain," he tells Gay.

Listen to the episode here, or wherever you get your podcasts (unless it's Spotify--Gay just pulled her podcast from there). 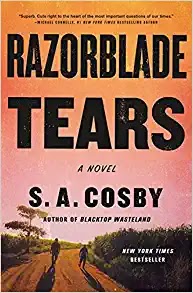 I don't know about others, but somehow S.A. Cosby writes in such a cinematic way that it is easy for me to mentally visualize his story and writing in my head.

It really is like reading a movie and visualizing the story as it unfolds.

I completely agree. He really paints a picture.