This past week I was the guest over at Grab This Book, adding my choices to the Decades feature. The hook is an author picks the best book from each decade, for five consecutive decades, helping to compile the ultimate library. Go over and take a look, there are a number of great lists and authors.

In order to avoid going insane I imposed a couple extra rules on myself. One of them was not to simply pick an Elmore Leonard book from each decade. Because...seriously, I could. Elmore Leonard, along with Lawrence Block, is the main reason I write crime fiction.

Today I'm writing a companion piece. Which Leonard book would I have chosen from some of the decades I featured? Play along at home. Criticise, debate, correct my choices. 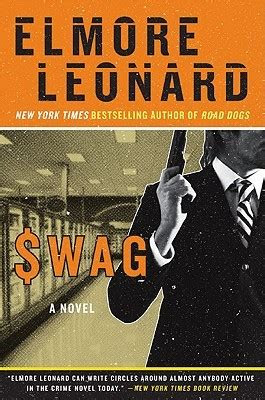 Vinatge Leonard. The template of so much that would come to follow. Street level, blue collar, funny-as-hell, a little bit of grit. Crime fiction boiled down to something real and relatable. Two normal guys decide on a life of crime as bank robbers, after writing down a list of rules for success one drunken night. And the rules work. And keep on working. Everything is fine until they start bending the rules...

It's worth also throwing in a criticism. Women weren't particularly well served in Leonards early crime novels. It's something he himself became aware of, after a comment from his wife, Joan. He put in the work to improve, and would later give us a cast of great women. But when reading Swag now -and you should- it's worth bearing that element in mind. 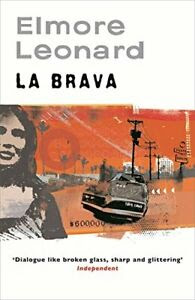 Freaky Deaky tends to get the attention from the 80's books. And deserves it, with it's comic timing, it's mix of burned out radicals, criminals, and high explosives. And City Primeval shows that Leonard was exploring toxic masculinity long before we called it toxic masculinity. But for my money, LaBrava is the purest shot of 80's Leonard. It catches the sweet spot, the right balance of the quirks, the humour, the realism and the politics. Yes, I said politics. For some reason Leonard doesn't get talked about as a political writer. I find this as strange as the people who criticise his plotting. Leonard is operating on another level. I'd be tempted to use the words 'transcend' and 'genre' if I felt like trolling book twitter. You come to read Leonard, you better come to read subtext.

LaBrava brings certain themes to the fore. It's about people being good at things. About people changing lanes later in life. About people feeling burned out and wondering if it's too late to do something wild. 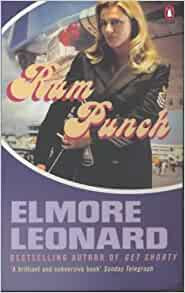 My gateway drug. Probably the gateway drug for a lot of people, after Quentin Tarantino turned it into Jackie Brown in 1997. I've always loved this book, but for over two decades I thought it was just because it was my first taste, and because it was fun. Re-reading it at 40, the book hit me on a whole other level. This is a book about getting old. There's a great scene in the movie, in which Pam Grier and Robert Forster sit at a table talking about hitting middle-age. With the book as a distant memory, I had started to believe this was a scene created for the film, based around the ages of the two actors. But on revisiting the book I found the same scene there, almost word for word. And that's the heart of the matter. The characters in this book are ageing. They're feeling it. They're worried about getting stuck in a rut, held in place by all their decisions, and wondering: is it too late to change?

This book made my list over at Grab This Book. Not because I think it's Leonards best book. In fact, I think all the books I've mentioned so far today are better. But rather, because it's the one that stayed with me the longest. The one I had to think about the most. From it's opening page detailing genocide in Rwanda, through it's seemingly by-the-numbers caper plot set in Detroit, through to the come-to-jesus (or not) personal realisations of the closing chapters, this feels like Leonard's summational book. His final attempt at boiling down his themes and passions to their most basic and pure. After this, in the last decade of his career, he became more self indulgent. He began revisiting characters for one last ride -like Jack Foley, Cundo Rey, and Dawn Navarro in Road Dogs- and wrote a couple books that took him right back to his childhood interest in the John Dillinger era. They're all fun and interesting, but they feel like a victory lap, compared to Pagan Babies, which felt like the author saying the thing he'd kept trying to say. 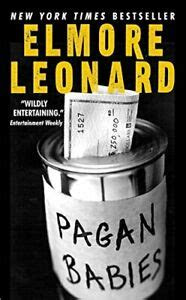 BONUS CONTENT.
I filmed a quick video yesterday showing my editing process, the way I read every single chapter out loud to listen for bad notes. Let's see what random facial expression YouTube chooses to present my work to the world.