It Took a Pandemic to Appreciate NCIS 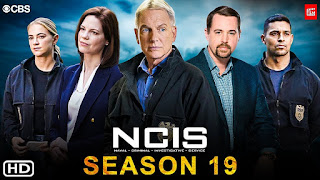 I’m sure we’ve all had guilty viewing pleasures during the pandemic. Now that we’re really, honestly coming out of lockdown and getting back to some kind of normal, I thought I’d fess up to one of mine. Pre-Covid, I wouldn’t have been caught dead watching NCIS. There was so much other – better – stuff to watch with my limited time. And then time was suddenly unlimited and every entertainment option but TV was impossible.

I watched everything I’d been meaning to on Netflix and we were still under stay-at-home orders. I watched a few episodes and then it was just on. On in the background, on while making dinner, on when I didn’t have the brainpower for anything that required thought or engagement.

And that’s not a dig at the show. At all. There is a huge solace in comfort food – whether it’s eating chocolate cake, or rereading Agatha Christie, or watching Mark Harmon. Familiar, satisfying, easy.

NCIS checks all the boxes. It has a consistent rhythm and a fairly steady cast, so there are no developments that are too jarring or uneven. It has enough death of key characters to keep things interesting. You don’t have to pay close attention to pick up on the plots. It never takes itself too seriously (I’m talking to you – self-important, pseudo-philosophical Criminal Minds). And it’s endless. Eighteen seasons and counting.

That rare longevity on broadcast TV has been fueled in large part, I think, by viewers old enough to remember watching Harmon as quarterback for the UCLA Bruins. But I don’t think it’s senior citizens who catapulted the show to the top of 2020’s most streamed list. It came in fourth, with more than 28 billion minutes streamed. I have to think that many of those minutes were watched by people like me. In search of a little comfort food.