It's been too long since my last confession.

I've gone through a lot of changes in the last couple of years, some conscious, some less so. I made the decision to re-wire how I engage with media. And in this sense, I'm using the word 'media' to avoid using the word 'art.'

I realised I was done with analysis culture. But what is analysis culture? To me, it started to feel like a nothing that was taking up everything. The idea of not just engaging with the art or entertainment itself, but also with a whole small industry of things that came with it. Podcasts and think-pieces digging down into each small aspect of the art, exposing 'flaws' discussing casting, talking about structure, critiquing the acting or writing.

I was an early adopter of podcasts. Going through a marriage breakup back around 2005, I found myself with a lot of spare time, and I had an iPod with a whole category dedicated to 'podcasts' and....what the hell was that? Well, I also had the internet and plugged my iPod into charge when I got home from work each day, so I found out. And I was hooked. Every random taste or subculture I'd been on the fringes of when I was young -and each bringing with it some trek into the city, or obscure bar, or digging around on newsgroups- was starting to coalesce around these weird little radio shows. Except they weren't radio shows, because you couldn't find them on the dial. You had to know in advance what you wanted to listen to, and download them in preparation. And there didn't seem to be any rules. Some people talked for two hours, some people stuck to rigid 45-minute formats. I could hang out with my favourite comic book writers, obscure musicians, screenwriters, or believers in cryptids. And comedians. Oh god, the comedians. Stand-up was possibly my first entertainment love, and suddenly there was this whole world out there where I could listen to comedians talking to each other, breaking down their bits, using their secret language. It was like a drug.

I was an early adopter of podcasts in crime fiction, too. Here at DSD we began hosting a semi-regular podcast that was supposed to be focused on crime fiction, but usually broke down into long conversations about Doctor Who or comic books. And in this genre we got in near the start. This was over a decade ago now, when there had been Clute & Edwards and Seth Hardwood and...that was about it.

For a whole generation of people who embraced this era, it's never enough just to watch a forty-five minute episode of television, we need to download the podcast where other fans talk about it as they're experts of writing and producing television, and then rush to see what Alan Sepinwall thought about it. 24/7, 365, for years. Heads full of voices of people discussing a thing.

You know what? I don't really know what it takes to make a forty-five minute episode of TV. I'm not a screenwriter. I'm not an actor. I'm not a director or producer. I'm not a Best Boy. As a Bike Courier I could probably make claim to using enough gaffer tape to be a Gaffer. So why did I keep filling my head with people who wanted to pretend they were? And not just them, why was I doing it too?

Why did I keep coming back to podcasting and discussing films that I couldn't make, or football matches that I couldn't play, or books I didn't write? How many times in the past forever had I sat breaking apart movies or tv shows or comic books and discussing what worked and what didn't as if taste could be an exact science? Surely I either liked the thing, or I didn't like it, and did I need to spend more time on it than that?

Why did I want to get into discussions about how to write books, when that was time spent not writing books? And I knew I could write books because I was writing them.

I was a big fan of professional wrestling when I was younger. It's big modern mythology. It's working class opera. It's ballet with punches. It's roots go back to the carnival sub-culture, and it's a world with hidden rules and a secret language. For a kid like me? Catnip. Then I grew up and started to see all the things wrong in the WWE, the bad working practices, the racism, the sexism. Not only that, but my two favourite wrestlers in my late teens and early twenties were Eddy Guerrero and Chris Benoit and....well, time was not kind. So I walked away for a long time. Dipping in occasionally when someone I'd liked back in the day was doing something of note, but always coming away with a sour taste about that fucking company. Then AEW launched. A new company, with the financial backing to actually stick around and make a go of it. And they signed a bunch of wrestlers I'd never heard of, along with some I knew. They had big bold claims of being modern and progressive. And...well, look, in the weird carnival world of wrestling, no promotion will ever be fully progressive and they'll all make mistakes...but on the whole, they delivered. The shows were fun. The style was more high-flying and acrobatic than I was used to, and wrestling is clearly in a different place stylistically to what I grew up on, but I learned and adapted and had a blast. Each week now I look forward to tuning into the show and having fun. And in this past year, we've all needed some fun, right? 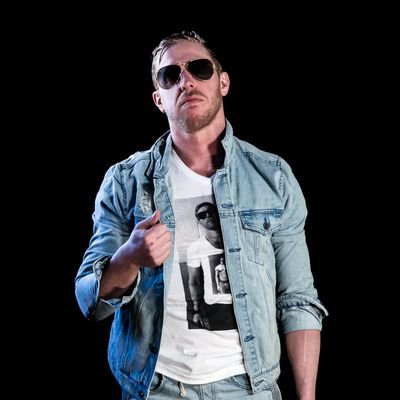 But then the old habits kicked in. It wasn't enough just to tune in and have fun. I needed to listen to podcasts about each episode. And week after week, show after show, I'd come in hot after having FUN for two hours and then be pulled down by listening to men (always men) of my own age (roughly) who never wrestled, all talking about things AEW was doing 'wrong'.

And finally it clicked. Why was I doing this to myself? Why was I filling my head with these voices? I have enough problem with controlling my own dark thoughts and anxious worries, why drown them out with other peoples?

I trace a lot of this change back to doing stand-up. Most of the ways my writing (and my engagement with art, and my mental health) have changed in recent years go back to getting up on stage in Glasgow and telling jokes. Because, sure, I was a craft guy. I spent hours thinking about the jokes and how they worked. What they were about. What they meant. But the thing is...when you're up there on the mic, saying a thing and knowing that at the end of the sentence you're going to leave a silence that will be filled either with laughter or a much louder silence, all that matters is whether the crowd liked it or not. The work stood or fell in that moment.

Paul Westerberg refused to have the lyrics printed in early Replacements albums because he wanted people to listen and react, because rock and roll was something that happened not something you read. And as a young fan that annoyed me because I loved lyrics, and I wanted to analyse things. But finally, way too late to make a difference, I get the point.

See...the moment is what matters. Human beings live in emotion, moment to moment. Good art gets emotional reactions in the moment. Good "ring psychology" in wrestling is whatever gets the crowd on their feet. My job as a writer is to get people top feel. My job as a viewer of entertainment is to feel, or not feel. And there's not really any analysis culture I need beyond that. 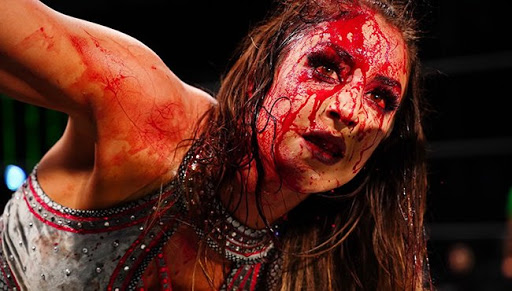 Wait....I forgot to write the five easy rules, didn't I? Eh. There's only two. Enjoy it. Be in the moment.