Year of an Indie Writer: Week 35

Well, summer's at an end. The weather won't agree with that statement, but the calendar says otherwise. It also means we're at the end of Summer Writing, the 97-day bookended time block I touted on Memorial Day.

I didn't do nearly as well as I wanted with fiction writing. Sure I made progress on multiple projects, but I only completed one thing: the short story I submitted for an anthology later this fall. There's a reason Dean Wesley Smith calls this the Time of the Great Forgetting.

But even though the fiction writing faltered, the non-fiction maintained a steady momentum with the blog writing. And there there was the out-of-the-blue moment this past week that has me wondering if I might not also have a non-fiction book in me.

Ask the Question Because You Never Know the Answer


Next weekend, the Son of Houstoncon IV is happening. Long-time readers might remember my write-up for it from 2017. During that review, I commented about seeing one of the giants of fandom and collecting here in Houston. But I didn't spend too much time talking about the guy who resurrected the Houstoncon itself, Don Price.

Earlier this week, a fellow SF book club member emailed me asking if I'd be up for attending Son of Houstoncon IV. I said yes and I sent him the link to my 2017 review. I mentioned I was interested in interviewing Price, but my friend made another point: it would be great to interview all the other long-time collectors who call Houston home.

So, literally throwing the proverbial hail mary, I sent Price an email: would he consider doing an interview? I also bent his ear about something else: what about a book detailing the history of fandom in Houston? I'm a degree historian, a native Houstonian, and a comic book and SF geek. Why not?

Price returned with a yes he's up for an interview. He was also interested with the possibility of a book. He's already shared some interesting tidbits on past Houstoncons and a photo. Hopefully, we'll get the interview completed and posted later this coming week leading up to Son of Houstoncon IV on Saturday. Even if things don't work out this week, I think the interview will certainly be on the way.

And I'm already planning on how to approach the other long-time fans and collectors here in Houston. The scope of the project will likely be larger than a novel, but no less doable. I mean, I've written a thesis, so I can do history. This time, it's just closer to home.

Lesson learned: never be afraid to ask. The worst thing could be a 'no,' but just imagine the possibilities of a 'yes.'


Last Saturday, I watched two films. Both are pitch perfect in their chosen genres.

Hobbs and Shaw is a perfect popcorn summer action film.

Olympus Has Fallen is a different kind of thrill ride that left me without any fingernails.

Album of the Week: Midland - Let It Roll


I can’t remember the last time—if ever—I went to the store to buy a brand-new country music CD on the day it came out. But Midland is no typical country band. They are a wonderful throwback to the classic sound of country music from the late 80s/early 90s. This album is fantastic, and I've been listening daily since last weekend. 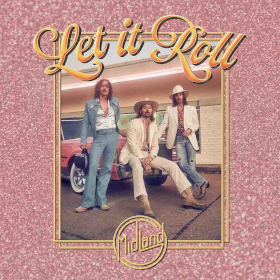 If you're interested, their website has lots of videos featuring the songs of the new album as well as their 2017 debut.

By the way, it was "Drinkin' Problem" that was the tune that made me sit up and take notice. Have a listen.