The Danny Bird Mysteries are set in Contemporary London, which I treat as both a real and a fantastic place.
When I started writing the books I looked around for a part of London that I knew well enough to be able to sketch it, but I deliberately wanted an area I would not be tempted to overdescribe. I wanted to be free to write the ‘sense’ of the places I was talking about rather than slavishly reproducing them. This was, after all, fiction rather than documentary.
Back in the 90s, London had a thriving Gay Bar scene. There were the big glittery places in Soho, but there was also a thriving local Bar scene in places like Earls Court (Bromptons and The Coleherne), Bethnal Green (The wonderfully named Cock & Comfort), in Islington (The Edward) and in Borough, where an old backstreet Boozer named The Gladstone Arms stood. 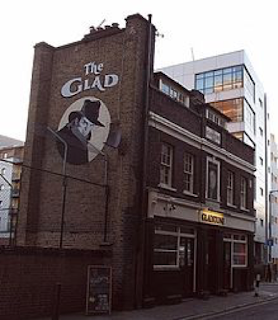 I used to go to The Gladstone every Friday and apart from the pile of QX magazines in the corner, the Terence Higgins Trust collection tin on the bar, the glitterball by the loos and the six foot four drag queen on the postage-stamp sized stage, it felt like nothing had changed since the place opened in 1920.
And so when I wanted a bar for Danny to try to restart his life in “Death of a Diva,” it seemed only logical that I would take The Gladstone, dial the grime and general roughness up by a factor of fifty, and set the bar – renamed, with a deliberate eye on Irony – The Marquess of Queensberry in the same area.
I then messed with the geography. The Marq is set on a long street that once housed a (now defunct) street market. There are shops (though few – so far – have been occupied) and at the end of the street a railway bridge connects London Bridge station with Brighton.
The real Gladstone Arms is not. 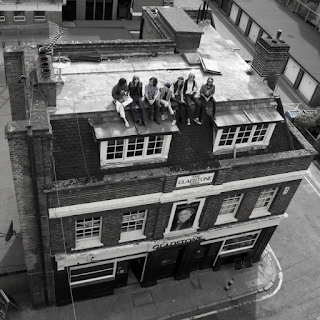 I deliberately retained the neighbourhood. I particularly loved Borough/Southwark/Elephant & Castle because they allow for huge wealth to sit next to council houses, and for city traders to cross London bridge and mix with Market traders at lunchtime, for the nearby Terminals of London Bridge and Waterloo to encourage a flow of people in and through and out of the areas and thus for the stories to believably retain elements of the traditional ‘Cozy’ structure without ever having to explain why so many disparate people are turning up in what is, essentially, a small village.
And having decided on the base location, the research was simple: I walked around.
Many times.
Sometimes deliberately building in pub crawls to get a sense for the bars in the area (not recommended, to be honest, as one’s research notes tend to become less readable as the day progresses), sometimes, just going up to the area and walking street by street.
And then, when I had literally walked every single street in “My Manor,” I could happily forget it all. 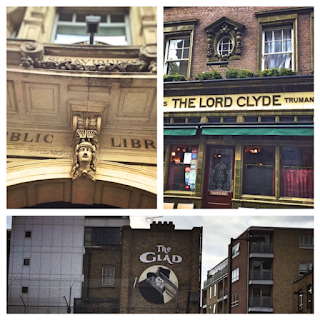 Because here’s where the ‘Fantastic’ comes in: A city is a living breathing beast. A huge scaled dragon that can hold you protectively, or crush you with a swipe of it’s tail. And like a dragon, it’s constantly changing, so that if I were to write “I walked two hundred yards down Lant road then turned Left into Borough High Street, stopping at the Kebab shop by the bus stop for a Doner and Chips,” someone would doubtless ensure to drop me a note to let me know that there is (a) no bus stop on that stretch of Borough High Street or (b) no Kebab shop (though there is a Korean Deli). 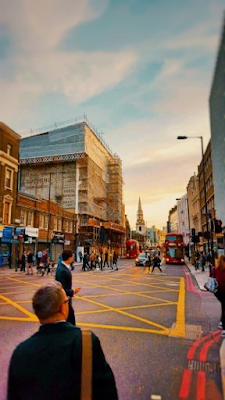 So far my research has taken me to some interesting places

·      I’ve had tea at The Savoy, just like Danny & Caz do in “Death of a Devil”
·      I’ve viewed some Luxury Flats* on the South Bank for “Death of an Angel (*I may have suggested I was interested in buying one, but I’m a writer – we lie habitually)
·      I went to see some Berkshire Mansions so I’d be able to describe one in “Angel”
·      I didn’t need to go to see Piccadilly by night as I spent my teens and twenties there, and the Mayfair nightclub that a Gangster owns and which comes to a very unfortunate end in “Devil” was a combination of several such spaces I’ve been to - all gloss in the public spaces, and grimly office-like backstage.
·      I’ve spent lots of time in a flat on the Old Kent Road that a mate of mine used to live in. It’s a high rise and there’s a balcony and if you’ve read the opening chapter of Death of an Angel you’ll know that I used it for something rather dark and disturbing, so I’m hoping I haven’t been banned for life.
·      And I made use of time I spent on the contemporary art scene in the 90s to create a totally fictitious gallery for the denoument of “Death of a Nobody.”
·      And I’ve been back, several times, to TheGladstone Arms. It’s still there today, by the way. Having been closed, boarded up and near to demolition, it’s been resurrected by a trio of cool youngsters who now have the place as a live music pub with good food and a very different, more eclectic and modern vibe to the Glad of old. But the sense of that old inter-war place where locals and outsiders, people passing through and people with nowhere else to go, a place which could be a local boozer, a gay bar, a live music venue and a gastro pub without very much actually changing in the building, the décor or the surrounding environment, is still there.