Reading Me, Reading You... there is nothing we can do

Oops, used a doodie word... this here's a family website where we talk about wholesome things like murder.

Recently, I expressed the desire to read author Ottessa Moshfegh, who apparently has written a few books that thriller writers wish were called thrillers. I was dissuaded from reading her books by a fellow crime writer, because "she won't read yours."
Now, if I only read books by people who read my books, not only would I be a selfish ass, but I'd have a very narrow set of books to read. I'm sure there are writers out there like this, because writers can be terrible, but that's not what Fellow Crime Writer meant. They meant that Moshfegh (I love saying her name! Mosh Fegg! It sounds like a mosh pit in a dismal bog!) is a literary writer and doesn't read thrillers. In fact, she's quite outspoken about pretty much everything, and said that, “most people who pick up a book labelled ‘thriller’ or ‘mystery’ may not be expecting to confront troubling ideas about women in society … I couldn’t be like, Here’s my freak book … So I’ve disguised the ugly truth in a kind of spiffy noir package.” 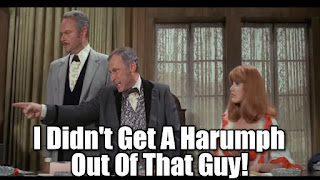 Okay, are you done?

Good. Because crime writers say this all the time, in a nicer way. When Dennis Lehane calls crime fiction the home of the social novel, he's saying he's hiding his message in an entertaining story. When someone calls their work a Trojan horse, that's what they are saying. Yes, she neglected to leave sacrifices at the shrines of Chandler and Hammett to appease the fandom, so she must be shamed, but Jo Nesbø has said exactly the same, and mystery bookstores still carry his Hairy Hole books because they sell. 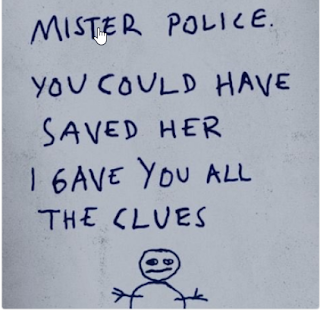 Moshfegh (mosh!!! fegggg!!!) also said, “My writing lets people scrape up against their own depravity, but at the same time it’s very refined … It’s like seeing Kate Moss take a shit.” So all is forgiven. I wish a crime writer had the stones to say that in a big interview instead of how much they love books written eighty years ago, or how they only read their own genre. Charles Willeford might have said that, or Maggie Estep, may she rest in peace.

I am sure that many legends in the crime genre would never, ever read my books. Am I supposed to not read theirs? I love many crime novels, whether they are in the Mystery section or the Literature section. Song of Solomon has a lot of crime elements. Maybe we're so defensive about our genre not because the best of the best don't get no respect a la Rodney Dangerfield, but because like comic book movies, we're a victim of our own success.

Thrillers are the best-selling genre. They are the blockbuster, which means even books that publishers know will never break out must adhere to the conventions, lest the audience be alienated by having to taste green eggs and ham. "I couldn't relate to this." Well, maybe live a little and stop subsisting on comfort food. All fandoms become toxic, and I don't see much difference between fans in a lather because Spider-Man has organic webshooters and "outsiders" writing successful thrillers and rightfully pointing out that non-fans see our genre as formulaic, full of misogynistic tropes, and easy to replicate and parody. Just like non-comics fans see a bunch of Tom of Finland caricatures with no genitalia when they open a superhero comic. Both genres are much more than those simplistic parodies, but when you read terrible examples of Men Writing Women, so many are from our genre! So which is it, is the genre the blockbuster full of terrible writing, or the underdog who needs defending? 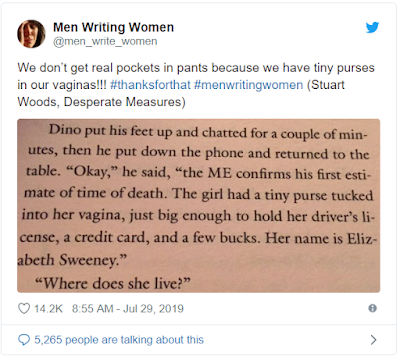 That's from Desperate Measures by Stuart Woods, published 2018 from Penguin Random House. Don't feel bad about your writing,  Publishers Weekly called the Vagina Purse Mystery “[An] irresistible, luxury-soaked soap opera,” and BookList said, “Woods creates another action-packed thriller for his readers to devour, with plenty of interesting twists and turns that make for a nonstop, can’t catch-your-breath read.” And it's a bestseller, of course:

So... still want to defend the genre as a whole?

There are as many crap lit books as there are thrillers, if not more. (There's GuyinYourMFA for literary excesses, and lit writers nearly always sweep the Bad Sex Writing awards).

We shouldn't disparage crap. It makes things grow. Like beautiful flowers in the manure, many great books of all genres rise above the earthy-smelling firmament, and couldn't exist without it. So I don't really care what Moshfegh reads. I'm reading Song of Solomon by Toni Morrison right now, it's incredible, like Paris Trout meets A Lesson Before Dying--both books that came after it--and I really don't care if Morrison loved Chandler, or would have sniffed at the synopsis on the back of my books and dropped them like a hot turd.

It's odd, you rape a kid in a hot tub, marry your daughter, beat a few women, put a few innocent kids in prison, and we're supposed to "see the art not the artist," but if you disparage The Genre, then damn, then we strike you from the book of life. And trust me, those people aren't reading your books either.

And really, do you care what other people think?
I like Abba. If Terence Stamp told me to change the channel I'd kneel before Zod and show him monkey-steals-the-peach.
Try that for size, Limey! Right in the Billy Budds!

I think mid-listers are angry that Ottessa Moshfegh took her own twisted style to a genre that sometimes needs an enema, and succeeded. Maybe a publishing model that demands we rush out a book every year doesn't work for everybody. It certainly works for some, and I am envious of them, but no one calls Daniel Woodrell a poseur because he takes five years to write a great book. In an incredibly conservative genre, the old story from a new perspective feels like progress, but is it? Or are we just catching up to thirty years ago? Something to chew on. Once we can't accept criticism of our genre, we become boring cultists and get boring books.

A rolling stone, no, a pooping Kate gathers no Moss....
Posted by Thomas Pluck at 12:30 AM