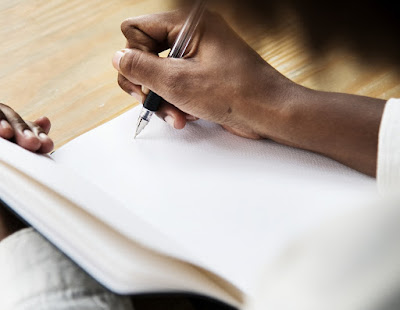 Now that the brilliant Walter Mosley has graciously accepted the 2019 Mystery Writers of America’s Edgar Award for his magnificent novel Down the River Unto the Sea, it appears all of the sturm und drang over last year’s MWA nomination of notorious “Central Park 5” prosecutor and megabucks mystery writer Linda Fairstein as “Grand Master” has, at least in the short term, been mollified. As a direct result of this mollification, quite a bit of the heated discourse aimed at Fairstein and her madcap defender—Mysterious Bookshop owner and seemingly perpetually pissed off gadfly-about-town Otto Penzler—appears to have gone from volcanic diatribes to tepid whispers. Yes, there remains the volatile subject of diversity in mystery/thriller publishing and welcoming of Writers-of-Color into the genre.  But for the moment, we rightfully shine the spotlights of Decorum and Statesmanship on Mr. Mosley who, as a wise teacher to a recalcitrant student, calmly told the MWA membership in his Edgar acceptance speech, “You’re learning.”

And all the haters on both sides of the Fairstein/diversity issue politely took their seats.

I have no doubt, however, we’ll soon get back to our acidic vilification of Otto Penzler, as I have no doubt we’ll resume our raucous j’accuse mock-trial of the publishing industry as a good-‘ol-boys-‘n-girls bastion of white privilege.

And when we do return to clinched fist condemnations of both, at least a quiet few of us WoC will once again shake our heads in disbelief and discouragement while thinking, “You’re focusing on the wrong things. You’re demonizing the wrong people.” In fact, for a few of us, I would dare say this:  Otto Penzler is not the enemy. He’s simply the loudest clown in a really fucked-up, generations-old circus.

She’ll continue to be a wealthy bestselling mystery writer who remains unapologetic about her prosecutorial past. Her bright, smiling countenance will continue to adorn millions of book jackets from here to Scandinavia and beyond; a diffused light, L’Oreal look that says, “Controversy? Darling, what controversy?”

And Mystery Writers of America?

Well, ain’t no party like a Mysterious Books party!

So where does all of this leave the overarching discussion on WoC in the world of mystery/thriller publishing?

To begin with, it’s my observation that the publishing world has made a subtle yet no less disturbing shift in its age-old sub rosa question “Do black people read?” An idiotic yet long-standing question used to justify apocryphal “information” and mythical “data.” A question that finally comes down to the accounting and marketing departments asking “How much do we want to spend this year on colored folk?”  (You can apply this same question to most any American minority including LGBTQ+, but if we are to be honest here, the question was born, breast-fed and raised to answer the perceived anomaly of black people in publishing/being published.)

The 21st Century world of publishing appears to have swung to an almost begrudging acknowledgment of black readership and market viability. However, this acknowledgment comes tagged with the new question, “Will anyone who is not black read black writers?”

And it is this question that should be of central concern to WoC.

Smaller publishing houses have emerged with the stated mission of addressing the inequities of a less than diverse—never mind inclusive--book industry. While many of these start-ups are honorable, I would surmise they have yet to achieve the economic clout needed to publish a wide and deep catalog, achieve effective distribution, enact consistent multi-platform marketing and piquing international publication interest. (And, to be honest, a few of these new “champions” of diversity in publishing seem nothing more than dodgy pay-to-play houses, draining the author’s wallet without a thought or a care to an honest residual return on the writer’s invested dollar.)

The bottom line is you already know what and where the real battlefront is—and it most certainly isn’t petty skirmishes with irate bookstore owners or pearl-clutching multi-millionaire mystery writers. The battle is advancing your own career and getting the right team behind you to build and sustain that career, beginning with an agent that shares your vision, smartly engages publishers and fights like a junkyard dog for more than just another 15% paycheck. Your goal is to monetize your talent, initiative and sweat-equity worldwide!

Listen: Ms. Fairstein and Mr. Penzler are not the ones who recently gave alleged con-man, liar and Handsome-White-Privileged-Poster-Boy Dan Mallory, aka A.J. Finn, a lucrative million-dollar advance for a mystery novel whose authenticity of originality is still up for debate (The New Yorker, February 4, 2019, “A Suspense Novelist’s Trail of Deceptions” by Ian Parker). And they are not the ones who, from time-to-time, issue “definitive” lists of “America’s Top 100 Novels”, “America’s Top 100 Authors” or “Top 100 Books Everyone Should Read” which almost always exclude black, Native, Mexican-American, Asia-Pacific American authors—even Mr. Mosley.

They are simply gargoyles on the publishing castles’ ramparts.

Your fight is now and always has been for inclusion.

Because regardless of a publishing industry that continually whines about an ever-dwindling bottom line—it’s still a big, juicy, multi-billion dollar, worldwide pie.

* A.C. Sorell is a pseudonym. This was written before the recent all-white 2019 Strand Critics Awards nominees were announced.
Posted by DSD at 3:00 AM

The key is we are not begging for diversity. My virtue of the quality of our writing we are all demanding it.