Every year we hear the P.I. story is dead. 20 years ago, George Pelecanos told then-young writer Dave White, "The last thing the world needs is another P.I. story." And Mr P wasn't disparaging the genre, he was telling Dave to put his heart into it and make it his own.

I have a love/hate relationship with the subgenre of crime fiction, because I disagree with the conceit that it is about "returning the world to order." Whose world, and whose order? I have little patience with middle-class centered fiction where anyone indigent is suspect; look for the foster kid, the drug user, to be the villain, the poor friend who cuddles up to the John Hughes heroine because she lusts for her "normal" family and wealth... really, just go fuck yourselves with that shit, you sheltered baby.

Rene Denfield recharged the P.I. story with her masterpiece The Child Finder, and her sequel The Butterfly Girl comes out on October first. Her heroine Naomi Cottle was fostered by a woman who taught her to survive, and her own history makes her the perfect bloodhound for missing children. Denfield does not flinch from the ugly reality of abduction, but is never salacious. She knows her material, and writes with the dreaminess of fairy tales. I haven't read the new one yet, but the first blew me away. 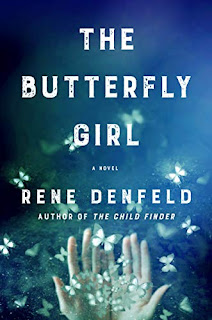 Another great series in which the sophomore effort was recently released is Laird Barron's Isaiah Coleridge novel, Black Mountain. If you haven't read the first, Blood Standard, get thee to a bookery and do so. He takes the trope of the worn-out mob hitman turned manhunter and refreshes it with the Irish-Māori Alaskan Coleridge, transplanted to upstate New York by way of the Chicago mob, trying to recover from physical and existential wounds on a farm run by eccentrics familiar to anyone who's been upstate or in New England, good people of diverse backgrounds who come together as a family and just want to be left alone. 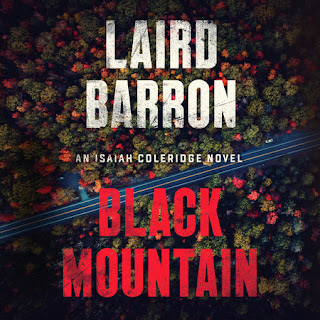 This one I have read. I burned through it in a couple of days, savoring the scenes between Isaiah and his hitman mentor Gene K. pondering the ruthless beauty of nature in the Alaskan wilderness, and the clods who come to kill for sport and think they are hunters when they are really prey. Barron cut his teeth writing cosmic horror (his work inspired the best parts of season one of True Detective) but also contributed to Licence Expired, a ChiZine Canada anthology that took advantage of James Bond's copyright expiring north of the border, and his excellent Pynchonesque novel The Croning played with government conspiracies that reminded me of Denis Johnson's Tree of Smoke.

When we met Coleridge, he was trying to find the missing daughter of the friends who took him in, and sparring with multiple drug gangs, of Native and white supremacist variety, while appeasing the local mafia who are none too happy to have a contract killer chilling in their bailiwick. Our man is a well-read warrior, a self-effacing gentleman thug who can clean & jerk more than I can deadlift, but can't shrug off bullets or fisticuffs like a Hollywood action hero, and eschews killing because of its psychic toll, not out of any moral code. Now we find him courting Meg, sharper than he is upstairs, and playing father to her son Devlin, as he tries to become human again.

Which makes the request from the friendly local capo to follow up on a gruesome murder of two knockaround goons a favor he'd like to refuse. It leads him to a legendary contract killer and sadist known as The Croatoan, who seems to have walked out of a Vietnam-era government program with shamanic death powers that make cold stone mafia killers shiver in their ankle boots. The hunt is puzzling and we're never quite sure what is real, as if the shadowy corporations and nameless government entities have redacted not only documents but reality itself, by wiping out the institutional memory of anyone who might know the true history of Coleridge's target.

While fans of Barron's cosmos will find comfort in his familiar tones and themes, this is not cross-genre like George C. Chesbro's "Mongo the Magnificent" novels, though he does tease us a little. You can't have amoral mobsters whisper about a killer with strange powers and not make us wonder if he's a walking death god, but Barron loves the crime genre and respects it, never dipping into pastiche as he pays blood tribute to what first-person P.I. novels do best. Coleridge is as witty as Elvis Cole and as brutal as Joe Pike, all wrapped in a hulking and handsome Jason Momoa package. His weaknesses are a reliance on his strengths, and his fierce sense of purpose as a wolf who hunts men: Even wolves can be trapped.

The cast is well rounded this time with a deliciously acerbic femme fatale who dances burlesque and cavorts with dangerous men, and Leonard returns as the chummy ex-merc barfly who reminds cool Col that he's not immortal. Barron spins a gripping tale without resorting to tricks and formula, hooking us with a baffling, gruesome mystery as bleak as the dying factory towns pocking upstate New York, but the pleasure here is the company. Like all the best before him--Keller, Nicolai Hel, Easy Rawlins, Cass Neary--he has the gift of gab, and is good company, at the arm's distance of the page.
Posted by Thomas Pluck at 12:00 AM