Year of an Indie Writer: Week 12

One event dominated this week. Another was just fun.


Being the Bronze Age kid I was growing up, the comics of the 1970s are the ones that shaped what I like about comics. The Jim Aparo Batman is my favorite Batman. He's the one I think of almost always first when I hear the Caped Crusader's name.

I own a ton of comics and I started re-reading some of the Batman titles I have, and a small run of four issues caught my attention. Published in 1976 to coincide with the Olympics that year, the Underworld Olympics find criminals from all over the world converging on Gotham City to try and best Batman. 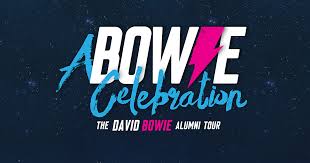 Wednesday night here in Houston, my wife and I were treated to something very special. A group of folks from David Bowie's touring bands now put on shows that showcase and marvel at the music of the Thin White Duke. Spearheaded by pianist Mike Garson, A Bowie Celebration is just that: a celebration. No, it isn't a tribute band, so don't think that. Heck, even writing those words does this group an injustice. These are professional muscians interpreting Bowie's music but adding their own individual spins on the songs.

It truly was something special. How special? Well, the length of my review pretty much says it all.

Oh, and what do you think? Does Charlie Sexton resemble Bowie's American cousin?


I am readying the next story that'll be published on 1 April. By this time next week, I'll have the description ready. Boy, sometimes these are tough. One book among many I use to help is Dean Wesley Smith's HOW TO WRITE FICTION SALES COPY.

I'm also looking ahead to May when the third Calvin Carter novel, AZTEC SWORD, will be released to the world.


Here in Houston, if you look past the giant plume of black, chemically laced smoke, the week was one the chamber of commerce wishes would happen more often. The sun was bright, the sky mostly clear of clouds, and the temperatures ranged from the uppers 70s to the low 80s.

It was picture perfect. (Truth be told, I'm sitting outside my office on a picnic bench, table umbrella shading my screen, and loving that winter is finally in our rear-view window.)

With the change of seasons comes a change in what I prefer consuming. When the sun's out, I like action/adventure stories. Tales bigger than life. Beach reads, if you will.

I'm still reading Brian Daley's HAN SOLO AT STARS' END for my science fiction book club. And APOLLO 8 is still on my Audible.

But the book I will be finishing this week is the latest by "Richard Castle." CRASHING HEAT is the latest (last?) inspired by the TV show, "Castle." We all know who the real-life author behind the Richard Castle moniker is, and his prose is effortless. I learn a lot from how he structures a story, breaking down the book. I'll do it for CRASHING HEAT as well as soon as I complete my initial read.

MAGAZINE ARTICLE OF THE WEEK


The cover story of the March edition of TEXAS MONTHLY features the genesis of Buc-ee's, the chain of stores dotting the Texas landscape that have become destination spots for all travelers. I really enjoyed learning of its origins as well as the man behind the empire.
Posted by Scott D. Parker at 6:00 AM

I had the hots when Charlie Sexton was pushed by some British labels in the lat eighties, and his similarilty to someone like Lou Reed made him an obvious DB associate on the Glass Spider tour. Glad tp see he's still making a noise, and still looking hot.