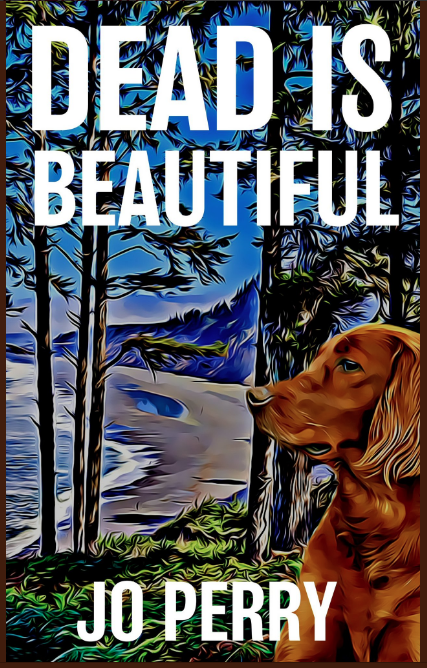 I've been raving about Jo Perry’s Charlie and Rose series – centring on a ghost and his sole constant companion, an emaciated phantom red setter dog – for years now, even getting my blurb ("Like 'The Wire' meets 'The Tibetan Book of The Dead,'" in case you're interested) quoted on the books and the lady's website, and have given copies of the books to friends and family and anyone who I think will love the mix of crime, metaphysics, and cynical humour.
That cynicism, I'm increasingly sure, is based not on pure negativity but on the idea that a cynic is an optimist who's been disappointed once too often; but Perry and her protagonist seem, as the series progresses, to be coming close to rediscovering some optimism: The world may be a seemingly bottomless pit of grim, but there are still good people occasionally. And dogs. Always, there are dogs.
The series is on its fourth outing this time round and shows no signs of series fatigue. Rather, it's getting better and better. If the first three novels (Dead is Dead is Better / Best / Good) gave us links to Charlie’s life pre-decease, but always focussed on people we feel might have liked if not loved him, this time the book is focussed on his “Shit brother,” a venal unpleasant bully who made Charlie’s life a misery, and who’s life is now about to become far more, shall we say, challenging.
Also in the mix is a homeless woman who’s vileness is brilliantly portrayed. This woman and her seemingly hopeless search are proof that despite the surreality of the concept, Perry writes real, complex, contradictory characters who feel alive. Even when they’re dead. Her story arc in this one is absolutely heartbreaking and – without spoilers – the ultimate outcome of both hers and Shit Brother’s stories are wonderfully drawn, genuinely touching and still edged with that ambiguity that is the mark of true Noir.
The other thing Perry has always been good at, but which really comes to the fore in Dead is Beautiful, is comedy. Here she mixes it with some amazing dramatic set-pieces, and the meld is never jarring, with one leading seamlessly and almost inexorably into the other.
A scene of an owl attack on the hapless brother, and its aftermath, had me literally crying with laughter, the intelligently written slapstick and foul mouthed tirades loosed in the aftermath like a wildlife documentary “When Owls Attack” scripted by Larry David, and the description of a natural disaster – the surreality heightened by the fact that the event is witnessed and described to us by a man who’s been dead for years – is chilling in its power and destructiveness, and cinematic in the writing (unsurprisingly, perhaps, as Perry has been a Hollywood writer on TV and movies in the past).
And this familiarity – with Hollywood, with (as she calls it) Beverly Fucking Hills – makes for a really entertaining read. Here is an understanding of some of the less loveable inhabitants of that town, an anger at the greed profligacy and venality, but ultimately – as happens with Charlie – a recognition that there are many good people trying to live good lives amongst them, many decencies lost in the noise, and that people can go astray. And, in some cases, be found again.
If crime novels are Redemption stories, either about the achievement of redemption or – in the absence of same – about the impact that a life lived without the possibility of some elevation has on the individual and those around them, then these books sit squarely in the cannon of great crime novels.

And if Netflix needs something in the lines of “Dirk Gently” but with a red setter and a corpulent dead guy who’s not only, in his afterlife, learning more about himself, the people he loved and the world he once inhabited; but about what it means to be human, to be afraid and, when all’s said and done, what it means to be truly alive, then they should definitely be talking to Perry’s media agent. 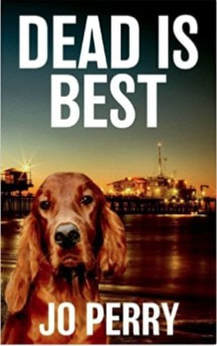