Class and Crime and Comps

I recently finished reading An American Marriage by Tayari Jones, one of the best crime novels of the year that will never be called a crime novel. I'm not one of those genre cheerleaders who demands that bookstores shelve Of Mice and Men and MacBeth in the Mystery & Crime section, but I do think that marketing constructs keep us away from as many books we might love as they do lead us to same. 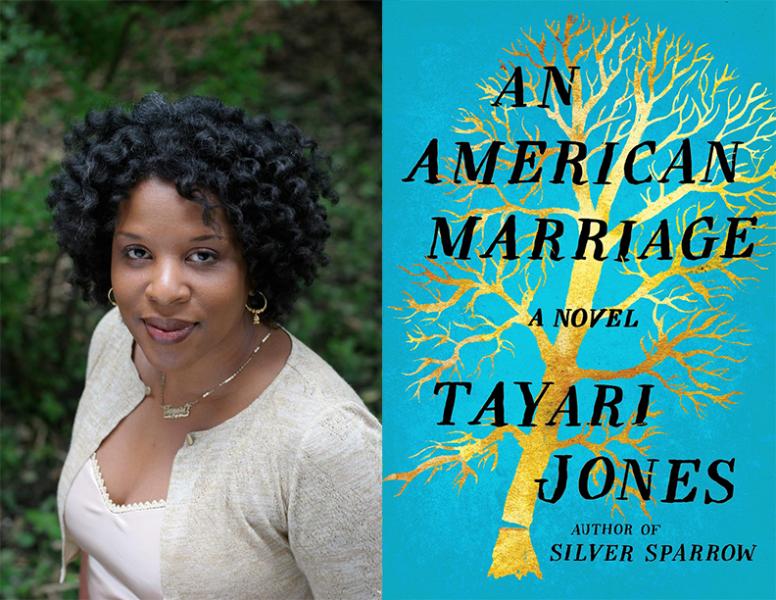 This is a perfect example. The best-selling novel by Tayari Jones is, of course, about a marriage. But it is also about a black man wrongly accused of a crime, and Jones handles that as well as any crime writer I've read. She does so by omission. We don't get the procedural. We see everything from the point of view of Roy, the arrested, and his family and friends. The book is equally about Celestial, the artist-entrepreneur who marries Roy and gives us the marriage of the title. They meet in New York where he's a well-dressed marketer on the come-up and she is waiting tables to help pay for her graduate degree, their roles switched for a time. Celestial comes from a well-off family, her father is a chemist and her mother an educator; Roy is from country, Louisiana, from a working class family who that had "everything we needed and nothing more." "And nothing less," his mother would say. One of the great lines from the book, and there are many--Jones writes with a noir sensibility, the ability to conjure up a character in a line or two--is this description from Roy:

"If my childhood were a sandwich, there would be no meat hanging off the bread."

The book is about class as much as it is about race. There are no white characters in the novel so far who are named, and I don't expect any. This is an Atlanta marriage with a crime in rural Louisiana, they both went to HBCUs. The book is gripping for many reasons, but what stuck out to me was how deftly Jones depicts the differences in class between Celestial's family and Roy's. He has a chip on his shoulder, something to prove. When Roy left his small town for college, he shouldered the guilt of leaving his family, and you can project that anger at yourself on others. The hospitality of others can feel patronizing, when it is not intended. There is racial code-switching, and there is class code-switching (and both). Another character is from a family where the parents split up when he was young, and Jones captures in a single word the feeling one gets when you leave the single parent who raised you to spend Christmas with the more affluent side: disloyal.

The second act of the book contains some great prison writing, some epistolary. And I usually hate back and forth letters. Jones does it well, there's little fooling around to get exposition. Some of the exchanges seem unlikely to go uncensored, but it moves time along rapidly, which helps the story. She knows the right details. Nothing is said of pruno, and the potluck casseroles that everyone brings something for, ramen noodles, Doritos, and the treasure of a real onion, turn minor discrepancies into verisimilitudes.

This isn't to say that crime fiction doesn't talk about class. Blood Always Tells by Hilary Davidson handled it well, with working class protagonists learning just how little value their lives have in the world of the one percent. That book is a favorite of mine and there's a fear that working class up and comers feel right in the title: that if you came from digging ditches, it will come out. Your blood will tell. There's some of that in An American Marriage, as well. Writers like Larry Brown and others write about working class people, but the generic default for a lot of big-5 crime fiction is middle class, where they aren't afraid of the police, they are afraid of poor people coming for their stuff, where someone who's done drugs is the first suspect, and the "return to order" is the goal, and not "feed the kid and put a few bucks towards the rent." Megan Abbott is great at writing about the working-class protagonist who breaks into the academic or middle-class world and feels like she will be exposed at any moment. The best for this was Give Me Your Hand, but there's a touch in You Will Know Me as well.

Why don't we see more books like this? Well, one reason is how white and upper class publishing is, because when it was legal to not pay interns (thankfully, no more) most of the ones who could afford to intern for free were students whose parents could pay their NYC rents. Another reason is comps, which Laura B. McGrath was so kind to explain in her LA Review of Books article, "Comping White."

tl;dr? If you can't say a book is "like this bestseller" it probably won't be published because "we dunno how to market it!" The article is very much worth reading to see what comps are and how a book gets on the list. But the gist is, without effort by editors and others in publishing, you get the same kind of books. Like Hollywood: Reboot. Remake. The Girl with the Woman in the Window on the Train. Law & Order fan fiction where DNA and forensic "science" are 100% infallible and no one withholds evidence so they can run for office next year with a pristine conviction rate. Where the person who doesn't "belong", after two red herrings, will be the one who did it, because people who went to bed hungry once will kill to have your Rachael Ray-approved lifestyle, so build that wall--around your housing development, at least.

I don't want to spoil the end of An American Marriage, but it is worth your time. The characters are neither good nor bad, not always right or wrong. But they think they are. And they want what they want, and justify their decisions. There are two choices made in the end, one by Roy and one by Celestial, where they won't give the other what they want, which is an excuse to see them as the "terrible person." It's a choice that might have gone different in a genre novel, to reassure our sense of fatalism. My one disappointment with the book was that it reinforces the belief that you should stay with your own; striving is punished in noir, you should keep your place. I don't find that as radical as I do conservative, and while social mobility, especially in relationships, is statistically less successful in the U.S.A. despite our mythology that isn't, I wanted to believe. I'm in such a marriage myself, and I recognized the points of contention.

So, what's with the tweet I quoted at the top? It comes from a thread about how it feels to be from the working-class family when you're at most literary or academic events, when you're not questioning our "authenticity" because we don't fit your stereotypes. You are very entertaining, though. Thanks for that.

I'm a big fan of crime fiction that handles class well. Thanks for the post. Will dig into the Jones. Cheers.