You Are in a Maze of Twisty Passages, All Alike

Before there were video games, there were interactive text games. Before Pong, there was Colossal Cave, a text game played on mainframe computers and vaguely based on The Hobbit in that there were elves and trolls and glowing swords, treasure, and a lot of nerdy references. This was later adapted into a game called Zork, the Underground Adventure, and ported to the first home computers: IBM and clones, Apple, Atari, and Commodore 64, by a company called Infocom, which became synonymous with text adventure games. Back in the 8-bit days when 16K RAM was a big deal, text games used your imagination for the computing power, and made for immersive and complex gameplay that could take weeks or months to solve with your friends all playing at home, often calling each other for hints. They were the perfect combination of video game and book for me, and I still go back and play them now and then. There are some available for smart phones. 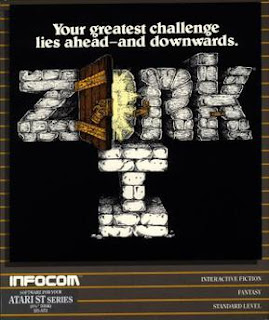 Choose Your Own Adventure books were also popular at the time. They weren't as complex as the games of course; you'd get a page of exposition and have to choose which path to take, usually from three choices. In the better books, they led you down long threads of story, and occasionally you would dead end by doing something that got the protagonist killed, or sent the story places you didn't want it to go. Going back was considered "cheating" and some writers put fake pages in the books that no choices led to--usually full of bizarre and exciting prose--only to "gotcha" at the end with "how did you get here? Cheaters never prosper. They are eaten by sharks!"

One of these days I'll write one of these books with a different title of course, as Choose Your Own Adventure is trademarked. I wonder if it would work as a novel inside a novel? I'm starting development on an '80s period piece, coming of age horror novel, and the kids will surely be into Atari games, arcades, text adventures, and Choose Your Own Adventure books like I was. I wonder if readers would like it or be annoyed if they found a character "trapped" in such a book, with short chapters sending them through the book themselves? Too meta? Too clever? 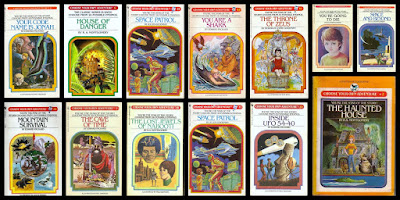 The text adventure games are easier to emulate, and I would love to evoke the sleepless nights of tapping away at the keyboard with my face lit by the monitor's sickly green text glow, terrified that a grue--the faceless monsters that lurked in the dark, if you lost your light source--hunkered slavering in my hallway, just outside the bedroom door. There's a fine line between nostalgia and pandering. Books like Ready Player One leave that line in the dust. It was recommended to me, and I finished it, but couldn't say I liked it. I found The Martian flimsy but enjoyable because it passed along the fun of exploring "how do you survive on Mars?" which inspired it on Reddit, but RPO was just someone who made a career out of milking nostalgia trying to cram as much of it in there as possible. And the movie was somehow worse. On the other hand, Stranger Things has the right level. It freely reuses storylines from the late '70s/early '80s zeitgeist such as government experimentation on children (Akira, Firestarter, The Fury) and Dungeons & Dragons, without sugarcoating it too much. The '80s were not a happy place unless you visit San Junipero from Black Mirror (a simulation for old people who upload their consciousness to the Cloud) or think everyone lived in a John Hughes movie.

When I visit this, I won't forget hat Satanic Panic made life hell for anyone with a heavy metal t-shirt, that jocks used to ride around shouting "faggot!" at anyone who looked different, and if you were lucky they didn't try to hit you with their car, throw rocks at you, or stop to beat the crap out of you. People used to pay $5 to smash Japanese cars with a sledgehammer because we hated them. My classmates whose families came from Vietnam and Iran were treated terribly in school. We escaped into text adventure games and Dungeons & Dragons and comic books, and now those nerds rule the world and make it just as hellish for those they don't like in their fandoms. 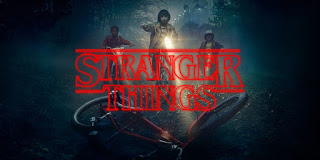 That's the difficulty of writing a period piece, making it seem like a golden age. You want it to be an enjoyable escape for the reader, but you have to keep it real. The past wasn't a great time for everyone. Even Back to the Future, in the grip of the '50s nostalgia of the '80s, gave us Biff the bully and made fun of Goldie who would go on to be mayor in the present.  I just finished reading one of the best time-travel novels ever written, Kindred by Octavia E. Butler, which begins in 1976 the day before Juneteenth (Emancipation Day), when a black woman named Dana is suddenly transported to 1815, to the plantation where her oldest known ancestors are both slaves and masters. She has to find a way to survive, and not kill her progenitors--as much as she'd like to. Butler is one of the best writers, and her characters are some of the richest out there. She exposes their weaknesses in perfect, nuanced scenes. And she makes life very difficult for Dana, who keeps boomeranging between past and present, sometimes taking her white husband with her. Which lets her subtly compare the white and male supremacy of 1815 with that of 1976.

Dana and her husband are writers, and he wants her to do his typing, but she refuses. This infuriates him, and he acts like a petulant child. Rather like the equally petulant young master of the plantation, who makes Dana his secretary when she can't refuse, because she'll get beaten and whipped. It's a perfect touch, because women in the Civil Rights movement were often relegated to typing and getting coffee by their male "comrades" who thought nothing of it. And some are still forgotten, like Viola Luzzo, who was murdered by the Klan for registering blacks to vote. Kindred excels because Butler's empathy was so great, we felt for the people in that evil past. Even the slave owners who let their power twist them into violent, petulant children. It's still cathartic when they perish, perhaps more so because we understand them just a little, without ever justifying their behavior. 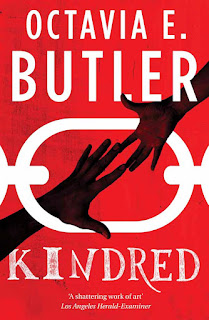 Kindred is one of Butler's best, but I prefer to recommend her duology The Parable of the Sower and The Parable of the Talents because they are so painfully prescient, dealing with a faltering American state in the hands of an incompetent evangelical populist, that you'll think it was written yesterday. And she is equally good at wielding her empathy to show how "good people" commit atrocities, and the unique cruelty of the rugged American individual, who accepts help because they deserve it, and then turns around and denies it to others because "no one ever helped me."