As you may have heard, the DoSomeDamage Podcast Network is back with 7 Minutes With, coming to you every two weeks. In each episode I chat with three crime fiction authors about music, movies, and television. Find us on SoundCloud and iTunes and elsewhere.

The new episode with Jedidiah Ayers, Holly West, and Chris F. Holm should be in your ears by the end of the week, as long as you subscribe to the podcast. 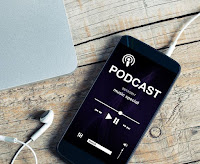 Eryk Pruitt and company just launched The Long Dance Podcast, which you can find here. This is a true crime story about an unsolved murder case from the 1970s.


On February 12, 1971, in Durham, North Carolina, a 20-year-old nursing student and her 19-year-old boyfriend left a Valentine’s Dance to park down a secluded lover’s lane. They never returned. Two weeks later, their bodies were found deep within the Carolina pines. They had been strangled, tortured, and murdered. Their murders have never been solved.

THE LONG DANCE is the story of the lives touched by the murders of Patricia Mann and Jesse McBane. Produced by crime fiction author Eryk Pruitt, investigative reporter Drew Adamek, and sound engineer Piper Kessler, it uses recorded interviews to tell the tragic tale of North Carolina’s most baffling murder case.

In creating THE LONG DANCE, we had a very simple goal: To create the substantive record about the lives and deaths of Patricia Mann and Jesse McBane, as well as the forty-six year investigation into their murder, and the stories of those people touched by their deaths. Not only were we fortunate enough to record several hundreds of hours of interviews with our subjects, but we also became active participants in the investigation by helping to secure the DNA profiles of the three suspects who had never been eliminated. We have partnered with the Orange County Sheriff’s Office who believes this may be the final chance to close the book on the forty-six year old murder case. >>

If you want to hear crime writers in conversation with each other, be sure to check out Angel Colon's excellent podcast, The Bastard Title.  He's chatted with former DSDers Holly West and Dave White, as well as current DSDer Renee Asher Pickup.

And be sure to check out the Defectives CRIMEFRICTION podcast here, hosted by DSD co-founder Jay Stringer and the brilliant Chantelle Aimée Osman. You can subscribe on the iTunes here.

That should keep you busy.

Oh, and here's a taste of the upcoming DSD 7 Minutes with podcast, featuring Jedidiah Ayres, Holly West, and Chris F. Holm.
Posted by Steve Weddle at 6:51 AM