Kristi Belcamino is a DSD alum, an author extraordinaire and one of my best friends. I’m thrilled to have her back today to talk a little about her newest novel, which goes on sale Tuesday. Stick around for the end – and a sneak peek at the first chapter.
By Kristi Belcamino
Thanks for having me back on Do Some Damage!
After writing a few crime fiction books from first person, I decided to attempt a different type of book—third person and with multiple points of view.
I’d already written six books so it should’ve been a piece of cake, right?
Not even close.
It was torture. It didn’t take long for me to realize I didn’t know how to write multiple viewpoint. And I sure as hell didn’t know how to write in third person.
It was one of those books that made me doubt I should ever write another word again. But it was also one of those books I had to write. I had to get the story out of my head. What happened after that was out of my hands.
It took six revisions and a few left turns, but I did finish the book and am proud of the result.
Early readers have called it my best book yet. If I’m really lucky, others might feel the same.
I hope you like it.
Here is a sneak peek: 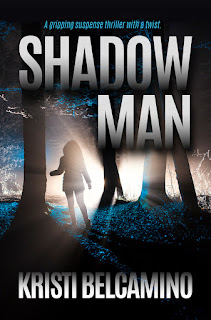 I've been able to work out some of my third person narrative issues in short stories. I've never tackled a multiple POV but the next book I work on (soon, I hope) will definitely require it. I'm up for the challenge.

Best of luck with the new book, Kristi!

Thanks, Holly.
It really felt like I'd never written a book before! All that agony of writing that first book, but it was worth it. It's always good for us to push ourselves in our craft. Of course, I KNOW you're up for the challenge, and can't wait to see the result.
x
Kristi