Little Known but So Good: The Late Great Creature

Who as a reader doesn't like coming across a great novel that's been long neglected? You read it and want to tell other people about it. The Late Great Creature by Brock Brower is one of those great little-known novels, a brilliant piece of work published in 1971. I read it a few years ago, and I've been mentioning it to friends ever since. I can't even remember now where I found out about it.  I think it was discussed in some piece I was reading - that's all I recall - and it whet my interest so much that I ordered it used from the Advanced Book Exchange.  It was out of print at the time and had been for decades. 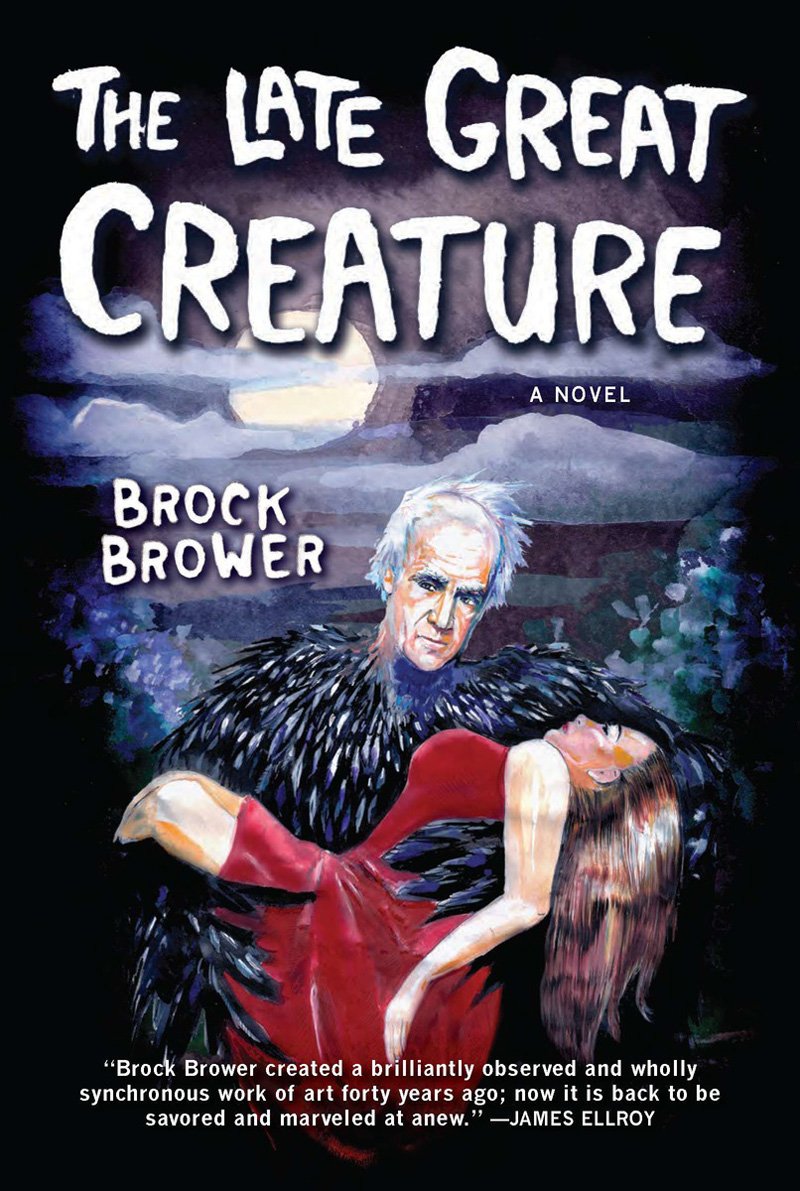 Part Hollywood novel, part horror story, part intriguing character study, it's a book not much like anything else I've ever read. It's the fictional biography of an aging horror movie star named Simon Moro. Simon, who was born in 1900, apparently in Vienna, was a huge star in the 30's and 40's, playing such things as a mad pedophile in Fritz Lang's Zeppelin and, in his American debut, The Moth, also starring Fay Wray. By WWII he was already in decline, playing Nazis in war movies and the monster in the ultra low budget Gila Man series. But the central point of the novel is his last film, a very Roger Corman like production of The Raven, being made in the late 1960s.

Moro's story is told in three parts. In each part, we get a different narrator - first a cynical journalist, then The Raven's very shallow director, and in the last section, Moro himself. In this last part, it becomes clear what Moro, for his grand finale as an actor, has up his sleeve. Suffice it to say, it is an act that is quite bizarre, and he performs it in the the Manhattan theater where The Raven has its premiere. It is his last determined attempt to deliver a memorable shock to an increasingly unshockable world. What he does is both grotesque and hilarious, a grand final gesture by an over the top personality.

This book is a terrific satire on celebrity culture and an affectionate send-up of the horror genre. Simon Moro is a person who is both comic and appalling, an unforgettable character. He reflects the novel itself, a book both extremely dark and funny. 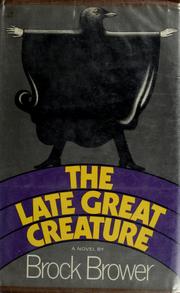 As I say, the book was long out of print, but Overlook Press brought out a paperback edition of the novel in 2011, and you can find it now on Amazon, including as an e-book.

Here's a couple of comments you'll find there, from none other than the likes of Joan Didion and James Ellroy.

"It's a wonderful book . . . like a circus with several brilliant performances going on at the same time . . . a real breaking through. I don't think anybody ever again will be able to dabble politely in mixing 'real life' and fiction." — Joan Didion

"A lost classic is rediscovered, repackaged, and preserved as a feast for a new generation of readers. The Late Great Creature is the history of a horror-film star and a treatise on human frailty and the innate human urge to seek the sublime through the grotesque. Brock Brower created a brilliantly observed and wholly synchronous work of art 40 years ago; now it is back to be savored and marveled at anew." — James Ellroy

Couldn't agree more with both of them.

I read this back in the early '70s and still have the hardback I bought then. Good stuff, for sure.