We are joined today by someone long-time DSD fans will recall -- Mike Knowles. Mike was our original Sunday voice, back in 2009. His new Wilson novel, ROCKS BEAT PAPER, is out this week.

A phone call brought Wilson and nine other men to a job in New York. At first, he couldn’t see a way to make the heist work, but the score — millions of dollars in diamonds — kept him looking. Wilson came up with a plan he knew would work . . . until the inside man got killed and took the job with him.
With no way inside, the crew walks away without the diamonds. Alone, Wilson is free to execute the job his way. Wilson sets a con in motion that should run as predictably as a trail of dominoes — except the con doesn’t rely on inanimate tiles, it relies on people.
Wilson pushes all of the pieces across the board only to find out that there are other players making their own moves against him. Everyone is playing to win and no one is willing to walk away because the job is about more than money, the job is about diamonds. And in this game, rocks beat paper every time.

Today, we've got the fourth excerpt from the opening chapter. You can catch up and follow along, by starting at Liz Loves Books for the first Q&A and Crime Book Junkie for the first excerpt. 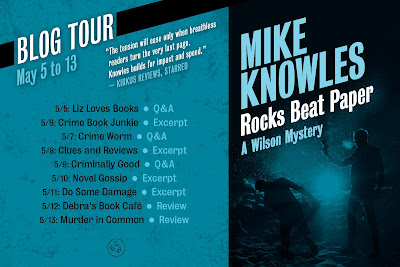 When it was just the two of us, I looked Miles in the eye. “Why are you here?”
“Same reason as you.”
“I’m here to work,” I said.
“Same goes for me.”
“That what you’re doing?”
“What? Those guys are assholes.”
“Those guys are here for the job.”
“So?”
“So the job is only the job if it gets done. That can’t happen if you get murdered with a pool cue in the middle of a rumpus room.”
Miles clapped me on the shoulder. “So you do think this is a rumpus room.”
“Don’t know. That makes two things I don’t know.” 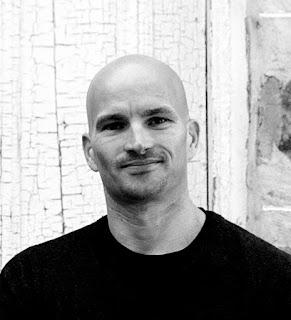 “What’s the other thing?”
“If this is the only job you’re working,” I said.
Miles went a beat without saying anything. It was long enough for me to let a bit of a grin form on my face and for him to rebound.
“You really comfortable with guys like that watching your back?”
I looked over the group of men as I considered my response. Alvin had gotten to his feet and was giving the room a once-over of his own. He worked hard to catch my eye, but I gave his stare the slip. “You want to work with upstanding citizens, go be a bank teller. The background checks weed out most of the riff-raff. Right now, you’re not in a bank, you’re in a basement with nine criminals. We’re all riff-raff. You’re sitting around hassling two guys because you think they’re not decent human beings. Your only concern should be if they can do what they say they can do. If they can do that, everything else they say gets a pass.”
“So you want me to give them a pass?”
“I want you to shut your mouth and keep your feelings to yourself because every time you piss them off you take their minds off the job and put the rest of us in a bit more shit.”
“You really sticking up for that white-power asshole?”
I nodded. “You want a noble thief, get a library card.”
Alvin gave up on being subtle and spoke loud enough to be heard over the rest of the conversations going on. “We ready to get started?”
Miles ignored the question; he had one of his own for me. “Do you really think you can trust those two to watch your back?”
I looked over at Johnny and Tony and found them staring at me. I stared back until I got bored. It happened fast. “My back doesn’t need watching. I just need them to do what they say they’ll do.”
“And you think they can?”
I looked back at the two thugs. “I’m going to find out.” 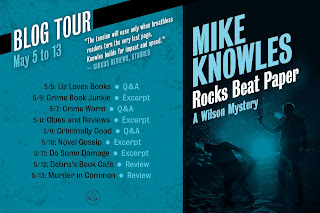