We were such dorks back then

Back in 2009, we kicked off this DoSomeDamage thing with a post introducing ourselves. Some of us have stuck around, some have gone for good, some have gone and come back, and only one is currently incarcerated (and only for the next two months).

Within a couple years we were doing podcasts and book clubs and all sorts of fun stuff. We even had another ginger. 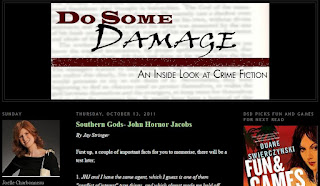 And in all that time, my co-conspirator Jay Stringer has been publishing some swell fiction. In fact, this month he's got a great new out now -- How To Kill Friends and Implicate People.

Most folks know that Jay does violence and humor well, often in the same sentence. There was that groovy scene with the cricket bat that one time, you know? Anyway, violence and crime and humor and some good ol' pathos, that's what he's got going. But, if you're paying attention, you'll also see some smart, clever worth with social class, with immigration, with Brexit-type stuff, too. Steeped in history, you know? His novels don't shy away from what's currently going on in Britain, nor do they flinch from showing you how we got here. The violence underneath is scarier than any cricket bat.

And this new one is already getting wonderful reviews -- and hilarious ones, too. 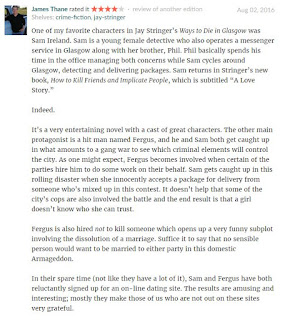 ***
So celebrate DSD's awesome writer people what write the books by grabbing the newest from Jay Stringer. It's fucking brilliant. Buy: HOW TO KILL FRIENDS AND IMPLICATE PEOPLE 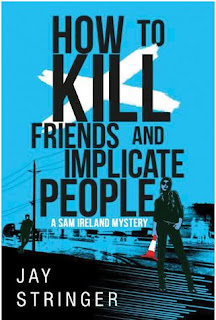 Email ThisBlogThis!Share to TwitterShare to FacebookShare to Pinterest
Labels: Do Some Damage, jay stringer, Steve Weddle