I've been struggling with structure lately. As in, how in the hell do I structure this godammed novel?

Back in October I had my current WIP professionally edited and one of the questions that came up was whether I'd waited a bit too long to introduce the dead body. I suspected it might be an an issue when I turned in the manuscript but by the time I realized it I didn't have time to re-write it. Now I have lots and lots of time to re-write it but no clue as to how to actually do it.

Have I mentioned how much I hate revising? If not, consider it said now. I HATE REVISING.

At least, I hate revising at this stage. When the book is just slightly past the first draft stage and needs a major overhaul. When you break it up into chunks and move them around, then have to go back to the beginning and fix everything so that it makes sense with the new arrangement. When you have trouble keeping track of the story because its so unwieldily and you have to pay attention to every detail for the sake of continuity. Writing a first draft is so much more fun because it's messy and you don't care because you know you have to go back to polish it anyway.

Unless you're one of those writers who write clean first drafts. I don't know how to do that.

I don't mind revising the third or fourth (or more) drafts too much because usually, by then, you've got your structure nailed and you're basically just fine-tuning. It's like staging a house--the bones of the house are there and now you get to do the fun stuff like picking out curtains and pillows and paint colors.

But right now I'm in the middle of a full-scale renovation and just like with residential renovations, it's taking three times longer than I budgeted for. Going into it, I knew my first job was fix it so that the murder happened sooner in the book. But how much sooner?

In cozies, it's pretty much a given that a dead body will show up in the first chapter, if not on the first page. But I don't think that's necessarily the case with other crime fiction sub genres. In the first draft of my WIP, the murder occurs about 15,000 words in. In draft two, I determined I'd move it to the first 10% of the book, so around 8,000 words in. After three months of half-assed work, I decided that the murder had to happen at the end of the first chapter and that's where I am now.

It's definitely a better book because of it.

The question now becomes, what do I do with the previous beginning chapters now that they're now mainly backstory? It's something I've always struggled with: balancing exposition and moving the story forward. I've solved part of the problem by re-writing some of the passages so that they simply happen in the present. That's easy. But other things, like establishing the characters and their relationships as well as some of the events leading up to the murder, are harder to incorporate. I've had to cut a lot of it altogether.

One way to approach this problem is to write a prologue. Put the murder front and center then go back in time in Chapter One and tell the story from there. Back when I started writing MISTRESS OF FORTUNE I read somewhere that prologues were frowned upon so I've never used them--they feel a little like cheating to me. But I see plenty of books by high profile authors that use prologues so it's tempting to write one for this book.

Another option is to have the action in Chapter One happen in real time then go back in time in Chapter Two. This, to me, is just a prologue by another name, but I've seen it done plenty of times. I'm just not sure it's the best way for me or for this book.

Finally, and this is the hardest way to do it, is to start the book with the murder and then fold in exposition with a light hand. It's how I've chosen to do it but right now it feels like I'm editing with big ol' Hulk fists. 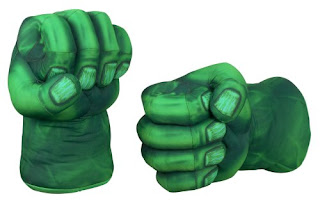 Obviously I'm not the only writer to struggle with this. This is what revising is all about--figuring out the best way to tell your story. Finding the right place to begin it is crucial, so it's right that I'm taking time to experiment with it. I just need to hurry up and finish so that I can move on to installing the hardwood floors.

My question for you is: how do you feel about prologues? As a writer, do you use them? As a reader, do you mind them?

I've already answered the first question: No, I don't use them (or haven't yet). As a reader, I'm not too bothered by them but I prefer a story to start at the beginning (whatever that may be) and then go forward.

As a reader - and reviewer - I am very dubious about prologues. For the most part, they seem like a lazy way to solve a more inherent structural problem. One recent example where it did work - Karin Salvalaggio's Burnt River works for a number of reasons: 1. it is brief, 2. it is not marked as a prologue, 3. (and most importantly) where is fits into the overall story is left ambiguous for a significant time.

Unfortunately, sometimes the backstory is not necessary and as hard as it is to cut those precious words, if they no longer "fit," sometimes that has to be done.

I don't mind a brief prologue. They can serve well as the novelistic equivalent of a movies "establishing shot" to set the time and place, or some salient feature of a character. They shouldn't be asked to do too much work. Get in, show one or two things so you don;t need to tell them later, and get out.

What the hell is a prologue but words that are part of the story? Why would anyone on earth care what they're called?

Now, I don't particularly care for disconnected prose, and by that I mean an opening that seemingly has no connection with the rest of the book until some unknown time later in the book. But if the prologue or chapter one or introduction or splash of text on a page leads into the next page, I say just do it.

I do not and never will understand "prologue haters," or people that derogate books merely because there is such a thing called a prologue at the beginning. Frankly, some stories cry out for a prologue, especially if the action happens outside the main characters' view.

Unless you care about detailing the murder itself, maybe you can start out your book with the person just already dead. The action then could be the discovery and the "what to do with it now" part that leads you into your plot.

In short, which this post is not, I think the prologue prejudice is BS. Concerns for how to structure your novel are not, though. Jump into the story. Find a clever reveal. Most of my violence happens offscreen anyway, except for heightened points in the story like the climax.

It's silly if people don't like a book because of the presence of a prologue, it is simply more text, a way to launch into your novel. The bigger concern should be whether the action is taking place offscreen (which would make me wonder if you couldn't just do away with it, because it is the beginning), and also, nothing bad should happen to a character until you make a reader feel something for the character, OR if their passing has an immediate effect on other characters that the reader cares about.

That's my seventeenn cents. Prologue bashing is silly. Concern for how you structure your book, prologue or no, is not.

(For the record, I haven't used a prologue in my four books, but if I thought it best, I wouldn't hesitate.)

But you've actually clarified a few things for me. I think the real issue here is that a prologue just isn't right for this book (first person narrative). At least not in any incarnation I can think of.

I printed out pages yesterday and re-read everything. This helped clarify how I can go forward. There's lots of work ahead but that's the way it should be. I'm really just complaining about things that every author struggles with. But sometimes it helps to say these things out loud.

When asked "how do you feel about prologues? As a writer, do you use them?" you will not be surprised to hear me mumble, 'fuck rules. All 's fair if it works.' That's me, I really don't believe in limiting our tool boxes.

As for revising, I am struck by massive fear of never finding a story, so when I finally have a complete draft the relief caries me through the hard stuff. Finishing a first draft, messy or not is huge. Time to pop a cork. Good editors point out things I knew but pretended I didn't. Yes I knew that character was a plot device instead of a living breathing person, but I tried not to look at it to hard. My ego hates having flaws pointed out, my writer self loves it. It is a chance to make it better.

No Present tense! No Prologues! No Flashbacks! Only use Third person limited!
All are "the way" and plenty of great books new and old ignore those rules.

If it needs a prologue write a prologue.
A good prologue with an inciting incident that intrigues us is fine. We want to find out why the Nameless woman locked the crossfit trainer in a cage with all those starved monkeys!

Holly,
Great topic! I usually hate prologues. They're usually disconnected to the story. That said, I used one for The Mindreading Murders. It's a big event that resonants with the rest of the story. The first chapter is Five Years Later. The book is written in the first person except for the prologue. I felt third person was okay because it's an event that happens on TV and I let the reader feel like they're watching the TV show. Plus there's a question that's set up that's answered 4 chapters later. Though I don't usually like prologues I guess if they're vital to the story, they can work.
- Stephen Buehler

G'day Holly;
I haven't used a prologue but don't mind reading them and in some instances (though not often)they added enjoyment to the story that I could not see being done another way.
Yes,I started "The Great Liquor War" about 3/4 through and then went back (after about 1500 words)to explain how my protagonist got there and why.
As for those who write a clean first draft, where are they? Are you sure they're human?
Dave
www.dmmcgowan.blogspot.ca