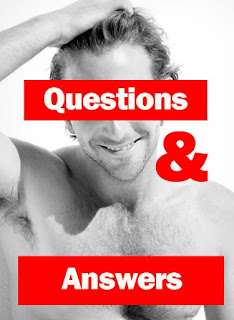 This is the week here at Do Some Damage HQ that I finally get around to answering some of your emails. We haven't done this is a while, so let's get right to it.

I have a 5-year-old son and would like to get him some age-appropriate fiction. Most of what my wife and I have found is just tie-ins with movies and some "learning" books. Any ideas? I'd love to have something of a crime fiction nature. It's fine if there's a good moral, too.

Well, Paul, I can't help you there. See, most children hate books. Especially kids your son's age My guess is that if you're writing us to find out about books for your kid, then the boy is already pretty messed up.

Here's what happens with parents. You spend too much time with your kids. Feeding and dressing and wiping and all that can take hours out of your year.

And buy yourself a book or three. Then read those books out-loud to your kid while he's playing cat surgery or whatever.

Here are three books I'd suggest, all out this week:

EVIL IN ALL ITS DISGUISES by Hilary Davidson

THE GOOD COP by Brad Parks

Who do you think will win Super Bowl XLIV?

I don't speak Roman, so I have no idea which Super Bowl that is. Your email has been sitting around for a bit, so it may have already happened. I'd suggest not-the-Bills for any Super Bowl.

If you are a writer, you are supposed to use Twitter kinda like a time-card. See, writers don't "clock in" when they stop by Starbucks to surf the web. So they have to show some accountability. They do this by Tweeting writing updates. For example, you could Tweet, "Just finished 3,250 words in three hours. Phew. Off for a nap now."

You could also use it to tell your fans about the books that your fans have already bought. The idea, I think, is that readers are so inundated with tweets and status updates and emails about books for sale, that a reader may have missed the past few dozen links to interviews and blogs (like DSD) touting new releases. So it's difficult for a writer to know when a reader has been completely saturated.

Before you spend the next day or two tweeting about your own book, be sure to start with something along the lines of "Fair Warning. Blatant self-promotion coming." This will make everything fine. Like saying "I don't mean to sound sexist, but" absolves you of anything sexist that follows.

If you are a reader, Tweet questions to authors throughout your day. This is a great way to interact with authors while they are trying to write. For example, you might ask Dave where his ideas come from.

We looked at other ways to help writers the other week -- here.

I can not answer your second question as I have not yet seen the Facebook movie.

I dropped my iPhone in the toilet. Help.

This isn't really a question, dumbass. Still, put the phone in a bag of rice. Seal the bag. You're welcome.

You didn't answer my earlier question, but I'm going to ask another anyway. What is the best book about a dead hooker mystery solved by an alcoholic ex-cop with a dark stain in his past?

First, I did answer your earlier question. Read the fucking post, asshole.

Second, EIGHT MILLION WAYS TO DIE by Lawrence Block takes all those ridiculous cliched ideas and turns them into a masterpiece. If you pull out the plot of the book, it does look rather familiar. However, read the book and you'll forget every other book even remotely like it. I give it eight stars.

Interesting write-up on the film (along with Don Winslow's SAVAGES) is here.

Isn't this bit done by now?

I don't mean to sound rude, but fuck you.

Posted by Johannes Climacus at 3:00 AM