The joys of the slush pile

It's my first post of 2023 and I'm going to spend it looking backwards.

Maybe it's not the right time of the year for that. You, surely, want to hear about my resolutions and goals for 2023. You want to hear about why I think this year is going to be the best year ever. And, shit, it might very well be, but that's not what this is about.

Three years ago I started as an Editor for venerated crime fiction site Shotgun Honey. But on January first, my watch ended.

I have no idea how many stories I read over the course of those three years. A lot, I'm certain. One thing about Shotgun Honey: as soon as they open, writers come out swinging.

Most of the stories, I think, were okay. Some were good. A few were excellent. A surprisingly small amount were out and out bad (though when something is a stinker - the kind that makes you close your laptop and go give the dog a few pets? that hangs around in your head a bit). We published the good ones and cherished the excellent ones, but the thing I didn't know about being an editor? Each and every story sticks with you. Not the plot. Not the names of the characters of the specific twist at the end, not even the aesthetics of the story. It'd take a superhuman memory to remember all those details. But every single story I read as an editor taught me something. Every single story added to the membrane in a writer's brain, the fatty muscle between the ocular fibers and the ether in which creativity breeds itself in to a new form each day that says, "see? This is how that works," or, "Oh, this isn't working because of what happened here" until the writer can recognize the structures and patterns and techniques subconsciously. 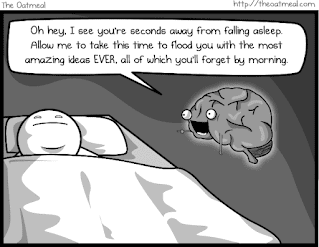 And, ultimately, that's the reason I stepped aside.

My life is really busy. I've got a wife. A kid. A dog. A house. A job. Family. And hobbies other than writing and reading (someday I'm going to do posts on the Zen of painting Warhammer and the storytelling rules you learn playing Dungeons and Dragons). But I made it work for three years. And I could have made it work for more. But if being an editor is a constant education, an always repeating exposure to what works and what doesn't work about storytelling, it's also not fair to hoard that knowledge for myself.

It was time for me, in a lot of ways, but that also means it's time for someone else. I've come to truly believe that anyone who wants to improve as a writer needs to read a slush pile; that nothing will make you sharper about story and more certain of aesthetics, and more aware of the power of structure than reading a whole lot of stories that do things well and reading even more stories that don't. After long enough you'll be able to recognize whether or not a story is going to work within the first sentence. And after that, you'll learn to be on the lookout for those marvelous, rare, stories that show you a sentence that doesn't seem like the rest of it is going to work, and then the joy when it comes together to pummel you in the face.

I have no idea whose name will be on the editorial masthead of Shotgun Honey when they reopen later this year, but I'm certain, whoever they are, that when they eventually leave, they'll be a better writer than when they started. The lessons of the slush pile are myriad and contradictory, but when enough time, they become one of the most powerful educations a writer can have.