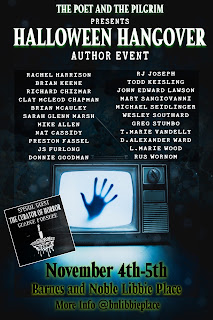 Horror is not exclusive to Halloween. In fact, every day can be terrifying if you so desire. I know many of you love a good fright and cannot bear the thought of Halloween ending. How will you spend your time once Spirit Halloween shutters the doors?

Here horror fans will gather and engage in all things scary. There will be readings from your favorite writers, author panels, and Q&A events. Catch up on The Curator of Horror! Podcast. Grab a couple of signed copies of featured books.

Learn more about a few of the attendees. 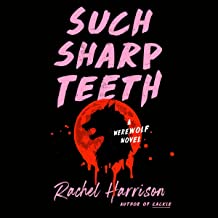 A young woman in need of a transformation finds herself in touch with the animal inside in this gripping, incisive novel from the author of Cackle and The Return.

Rory Morris isn’t thrilled to be moving back to her hometown, even if it is temporary. There are bad memories there. But her twin sister, Scarlett, is pregnant, estranged from the baby’s father, and needs support, so Rory returns to the place she thought she’d put in her rearview. After a night out at a bar where she runs into Ian, an old almost-flame, she hits a large animal with her car. And when she gets out to investigate, she’s attacked.
Rory survives, miraculously, but life begins to look and feel different. She’s unnaturally strong, with an aversion to silver—and suddenly the moon has her in its thrall. She’s changing into someone else—something else, maybe even a monster. But does that mean she’s putting those close to her in danger? Or is embracing the wildness inside of her the key to acceptance?

This darkly comedic love story is a brilliantly layered portrait of trauma, rage, and vulnerability. 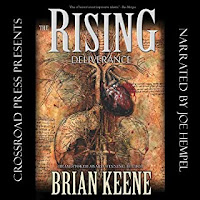 The Rising and the new anthology CLOSE TO MIDNIGHT

Brian’s brand-new short story “The Floor Is Lava” appears in the recent anthology CLOSE TO MIDNIGHT. The collection includes stories from Ramsey Campbell, Evelyn Teng, and many more. CLOSE TO MIDNIGHT is on sale now in hardcover, paperback and for Kindle.

Keene fans are also celebrating the transformation of his iconic tale The Rising: Deliverance into Audiobook form for the first time. Mr. Keene’s The Rising series, along with The Walking Dead and 28 Days Later, is a large part of pop culture’s recent hunger for the dead.

In The Rising: Deliverance, people are hunted by sadistic zombies set on decimating humanity. Reverend Martin, a preacher without a flock, toils to protect Becky and John, found survivors of the death and destruction. As the world falls and burns around them they struggle to stay alive and remember what they’ve lost, while Reverend Martin ponders if God has truly left them behind.

This special edition also includes two short stories that expand and explore The Rising mythos—"The Resurrection and the Life" and "The Siqqusim who Stole Christmas."

Noah Belton and his family settle into a new to town to start fresh. Instead, as his father's violent temper worsens, they are plunged into a downward spiral of cruel punishments that become a beacon for something wicked; the Huntsman, a malignant presence that roams the lakeshore.

Isolated, Noah's mother strives to protect her son even as the Huntsman takes a terrible interest in her. But what if she could give the Huntsman what he wants and, in turn, be rid of her tyrant husband? Could she even trust such an unholy pact?

Soon, Noah finds himself pitted against a phantom become flesh, battling for his mother's life and his own. They should never have come to this dark corner of the wilderness in the shadow of the mountain, where they have learned a hard lesson all too late: the Devil always gets his due

Just a taste of the scares that await you at this year’s Halloween Hangover. Be there or be normal.

Posted by Marietta Miles at 8:59 AM