Nolan, Kubrick, Herman and Joe, and Girls on Film

I'm coming close this year to the end of the movie talk series I do every year in Bryant Park in Manhattan, and once again, one of the pleasures of the series has been not just the talks themselves but the books I have to read in preparation for the talks with particular guests.  Here are the books I've read this summer for the talks, all of which I'd recommend as enjoyable and informative film books.
Competing with Idiots by Nick Davis 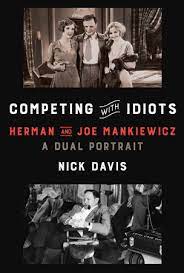 This excellent book by the grandson of Herman Mankiewicz is both a dual biography and a kind of family memoir about the famous Herman and Joe, the brothers Mankiewicz, as brilliant and productive a pair of siblings as Hollywood has known.  Nick Davis, cousin of TCM host Ben Mankiewicz and, in the family tradition, a director and producer himself, writes trenchantly and movingly about both brothers.  He's done tons of research for the book, and it's chock full of inside Hollywood stories.  You have two supremely intelligent guys, and the older brother, Herman, was the one with the greater pure talent, but this is partly a tale about how discipline and focus and a kind of calculated use of one's abilities can get one farther than, say, the spark of genius.  This is a very absorbing read. 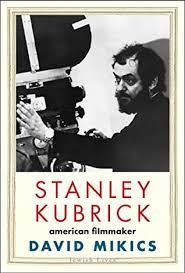 Over the years, so much has been written about Stanley Kubrick, not to mention the documentaries made about him.  But David Mikics' book, part of the Jewish Lives series from Yale University Press, is a good addition to all that's been said.  It's concise, 204 pages, yet full of interesting anecdotes and insights.  A quick read and one that will appeal even to hardcore Kubrick aficionados who've read much about Stanley K over time, like myself.  I had a few bones to pick with some of Mikics observations about Kubrick's films, but that's par for the course when you're reading someone else talking about one of your filmmaking favorites.
Girls on Film: Lessons from a Life of Watching Women in Movies by Alicia Malone 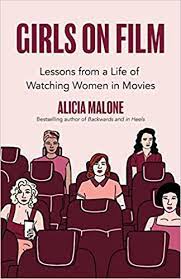 Best known for her hosting role on Turner Classic Movies, Alicia Malone is an excellent writer as well.  Her book from a few years ago, The Female Gaze, Essential Movies Made by Women, is a collection of essays she edited about fifty-two movies made by women.  A superb guide.  Her newest book, Girls on Film, is a fast read that's part memoir and part exploration of what it means to be a woman who loves classic film.  She touches on movies that have inspired, amused, or annoyed her, movies that have made an emotional mark in her life.  Her knowledge, of course, is vast, her enthusiasm contagious.  If you want a good movie book for the beach, I think it's fair to say, something you can zip through but that has plenty to chew on, this fits the bill.
The Nolan Variations: The Movies, Mysteries, And Marvels of Christopher Nolan by Tom Shone 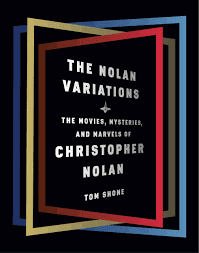 A film critic for the London Sunday Times, Tom Shone has written a comprehensive study of Christopher Nolan and his films, a beautifully put-together book loaded with photos and illustrations in all manner related to Nolan's movies. This is not a coffee table book, though.  It's an incisive and analytic look at Nolan's work by someone who clearly loves Nolan's movies.  And with Nolan, there is always lots and lots to discuss and debate.  I'd call it a must for Nolan enthusiasts.
Posted by scott adlerberg at 8:39 AM