I started watching Breaking Bad in it's second season, after binging the first on Blu-Ray, so I can say with confidence the first time I saw Saul Goodman on my TV was either very late at night on April 26, 2009, or early the next morning.

And tonight, we said goodbye to him. 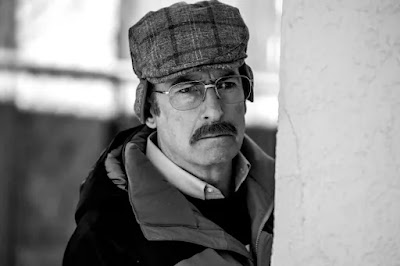 Personally, I thought it was a wonderful finale. It was slower than the Breaking Bad finale, both more obvious on a plot level, but deeper with its characters, and on an emotional level, it worked beautifully. We finally saw Better Call Saul show a man finally accepting who he is, what he has done, and then deciding to stop running from everything he's been running from. But it was also more than that. Ultimately, this show (and I don't believe this was ever the creator's intentions) became about more than Jimmy and Saul and Chuck. It became about Kim, too. And the slow-motion doomed love between Jimmy and Kim.

That scene of them smoking together, one last time? That's the heart of the show right there. That's the real, hidden heart of Saul Goodman.

13 years is a long time to know a character. I'll miss this show a lot. I'll miss these characters. But it ended with us knowing right where they are. Where they deserve to be, probably.

But I'd like to think, maybe it's hope, actually, that this wasn't Kim's only trip to see Jimmy. That, maybe, there will be a few more cigarettes shared in silence.