Smoke Em If You Got Em

Well, it's 4/20, and you know what that means. America's favorite unofficial holiday has rolled around once again, and anyone who is not at work today is almost definitely at home getting higher than God Herself. Sure, they might tell you they had a dentist appointment today, but we know whats really going on (and if you're at home reading this right now, your coworkers all know what you're doing too, so don't try to play so coy next year).

I've never been one to participate in 4/20. It's not that I don't partake, but rather that it has never made much sense to me. After growing up in the DARE infected classrooms of the early 90s, when cops (their noses, in my memory at least, all welted and red from too much time in a cup of gin) would come in and tell fifth graders that smoking weed just one time could kill them, marijuana became, by definition, an act of rebellion. Something people did when they didn't buy in to the (obviously bullshit) narrative the Authorities were pushing. Most of the people I knew who smoked were cool. Interesting. Fun. People who had new and interesting ways of seeing things. By the time I was old enough to take my first hit from the bong, smoking weed had somehow become about more than just getting high.  It had become a way to experience an old world with a brand new set of eyes, one in which individuality and our individual perceptions of the world could be challenged and new paths or connections could be seen. 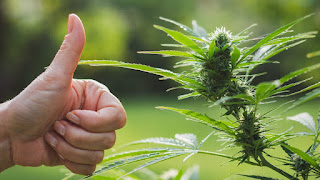 But 4/20 always felt like the opposite of that. Instead of an act of individualistic communion with the self, a rebellious ingestion of the worlds most misunderstood plant, 4/20 was a group thing, an expectation. A tug towards the impulse of normalcy and schedules and arbitrary societal celebrations. And, worse, the people who most vocally celebrated 4/20 were the kinds of marijuana smokers I was least likely to want to sit and have a joint with. The people who were too loud about it. The people who made it their whole identity. The people who gave everyone else who smoked a bad name.

I'm older now, and though I still smoke occasionally, my aversion to the holiday remains. But now, because our countries attitudes towards pot have shifted so totally, my anti-4/20 arguments feel, well, old. 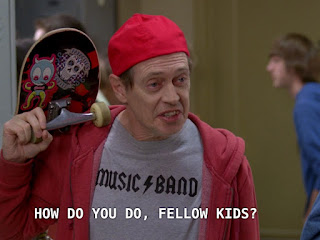 The truth is, marijuana isn't a symbol of rebellion anymore (if it ever actually was). It's legal in 1/3 of the United States. Corporations, including Big Pharma - the existential boogeyman of so many stoners - has invested billions of dollars in marijuana research, hoping to incorporate its use into drug regimens for everything from cancer treatments to depression relief to fighting off the aches and pains of aging. Even the Senate, the biggest collection of certified Uncool Old Fogeys this country has ever produced, is going to attempt to pass full on Federal legalization next month.

From the first time I got high, I've heard others who also enjoy the green leaf talk about the unfairness applied to marijuana. How, really, it was no different than alcohol. And time has proved them right. In huge parts of the country, sitting down after a long day of work and taking a pull from your pipe is just as valid (and legal!) a choice as flipping on the tube and cracking a tallboy. But with increased legalization and the decline in Reefer Madness, other things are happening too. Permits in New York are being prioritized for POC who had previously had outsized criminal sentences because of drug prohibition. Criminal records are being expunged. Prisoners whose only crimes are small drug offenses are having their sentences reduced. Vets, wracked with PTSD, are being given prescriptions. The culture has been subsumed. Marijuana, once a symbol of rebellion, has won, and the injustices that were associated with that rebellion are (slowly - too slowly!) being repaired. The counter culture associated with a plant that grows wild all across North America is dead. It's now just the culture.

So, maybe, tonight at least, that's worth celebrating.