Over dinner with a friend the other night, what started as a conversation about the war in Ukraine and the situation in Afghanistan with the Taliban and their treatment of women morphed into a discussion touching on stories where the main character is an avenger type like Jack Reacher.  I mentioned that I haven't read a single Reacher book and have no inclination to watch the series now showing on Amazon Prime because I've never had the slightest interest in that character and don't find those floating avenger-type stories in general all that compelling.

"Someone goes around taking on injustice where he sees it, just of sort of travelling here and there righting the world's wrongs.  I've never gone for those type of stories," I said.  "Not when I was a kid and not now."

My friend said he liked them a lot, going back as far as the Seventies and the film Billy Jack. 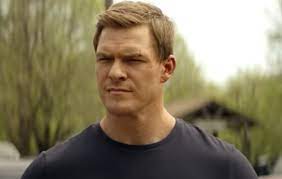 We kept talking, and as we did, I thought about how his predilection for these kinds of stories and my distaste for them reflected a difference in our personalities and how our personalities respond to a particular kind of fiction as wish-fulfillment.

"I love stories about revenge, where the revenge is specific," I said.  "A person or people avenging a personal wrong that's been done.  What's better than a good revenge story?  But something like Reacher, the floating avenger guy..."

I made a face and my voice tailed off. 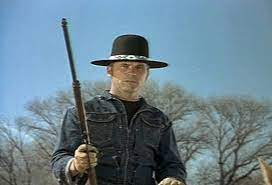 There was some irony, I suppose, in my argument because this was on Friday night and I was planning on that Sunday to go see, before it leaves theaters, The Batman. And who is more of a floating avenger than Batman?  In this iteration, he even goes around saying, point blank, "I am vengeance".  And for the record, I enjoyed very much this version of Batman; I definitely rank The Batman as my favorite, or co-favorite, of all the Batman films, putting it neck and neck with The Dark Knight.  It is most definitely the only Batman film that is truly a detective film, and that was very satisfying.  And in fact, since childhood, like countless other people, my favorite comic book character has always been Batman.  I'll go to a Marvel Avengers film, while avoiding Reacher. So I guess it's most accurate to say that I can derive enjoyment from what you might call floating avenger stories if they're in a fantasy context but have trouble swallowing them when they take place in what's supposed to be, even nominally, the "real" world. 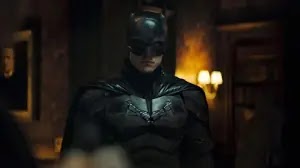 And even there, to be honest, there's nuance. I've enjoyed many a period western where the main character, at bottom, is a gunslinger-avenger type, or samurai movies where the warrior is that type, or kung fu movies, set in an ancient mythological China, where I like that character.  Set the tale far enough in the past, or in a comic book universe, and I can go for it.  Otherwise, no.  I can't say why exactly.  A detective solving a crime, bringing a tiny measure of justice to an unjust world, this character being a sort of floating instrument of "decency" -- this I respond to. But if the fictional world in the story is presented as being even in the remotest way one we are supposed to accept as "actual", or contemporary (at the time the story is written or filmed), then the figure of the floating Reacher-style avenger, going around doing his or her thing, doesn't do it for me. It's odd, but go figure.  Nobody ever said there's utter rationality in how one reacts to different story tropes.

Posted by scott adlerberg at 7:50 AM