D. Alexander Ward shares the spirit of the holidays, in a flash. 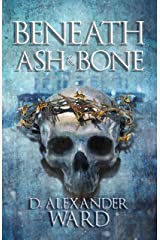 D. Alexander Ward at Amazon
D. Alexander Ward is a respected horror and dark fiction author and editor. His novels BENEATH ASH & BONE and BLOOD SAVAGES were released by Necro Publications and Bedlam Press and are available wherever books are sold. As editor for the Crystal Lake published LOST HIGHWAYS: DARK FICTIONS FROM THE ROAD, David was nominated for a coveted Bram Stoker Award. He has also served as co-editor for the anthologies GUTTED: BEAUTIFUL HORROR STORIES, SHADOWS OVER MAIN STREET, Volumes I, II, and III, and THE SEVEN DEADLIEST from Cutting Block Books.
Because his love of the dark cannot be stymied, David also busies himself as Owner and Editor-in-chief for Bleeding Edge Books. BEB is a small publisher of horror and dark fiction of all variations with a focus on anthologies and novellas. The voices featured at BEB are both established and emerging, but all are unsettling, visceral and important. Please visit Bleeding Edge Books to get the lowdown.

When not scaring us to death, David lives with his family near the farm where he grew up in what used to be rural Virginia, surrounded by the spirits of the past. In this haunted landscape, where his love for the people, passions and folklore of the South was nurtured, he can be found penning and collecting tales of the dark, strange and fantastic.

David’s contribution to the Flash Fiction Challenge is full of emotion and utterly terrifying, for which we are grateful.

What is the challenge? 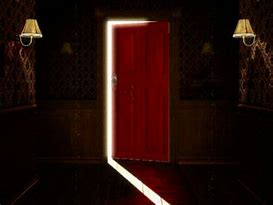 Self Portrait, Awakened
by D. Alexander Ward
My daughter drew her face in quarters,
painted tones of flesh and blush,
eyes like blackened bone.
A child’s reflection, nothing more.
Then opened did my chamber door,
and that face peered in, entreating,
and with a throat of hornets feasting,
croaked, “Father, please.
Tell us…
…just one story more.”
*Note: Offered with nearly sincere apologies to Mr. Poe. 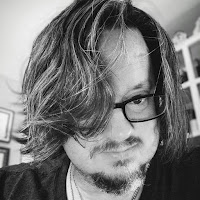 Posted by Marietta Miles at 7:30 AM No comments: