So technically, the Do Some Damage offices are closed until January. If I'm being honest, I don't get by here much these days, and I'd forgotten the combination to the door lock. As the combination is Jay Stringer's birthday, I feel doubly bad about it.
I thought I'd stop by, hump day of a holiday week, and post this chapter from my new book, Cottonmouth Tomlin and the Last Outlaw Camp. Those of you who remember Country Hardball and "South of Bradley" should recall the Rudds, the alleged crime family of those stories. You may also recall the main character of those stories, Roy Alison, whose grandmother was a Tomlin.
Country Hardball told stories that took place, for the most part, in the early 21st century, while "South of Bradley" went back to the 1950s. Now we're back a little further.
The new book, which I'm in the process of editing, tells the story of what happened back in the summer of 1933 with the Tomlins and the Rudds.
Below is Chapter Seven of Cottonmouth Tomlin and the Last Outlaw Camp.
As Fred Foy, the Lone Ranger announcer would say, "Return with us now to those thrilling days of yesteryear."
*** 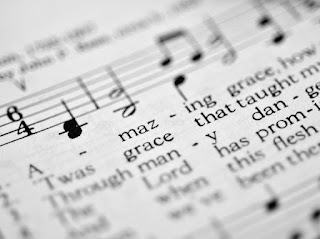 Othel Walker nodded to the barman of the Culver Hotel. “Evening, Earl,” he said, easing up to the bar.

Othel asked was Fannie in, did Earl know, and Earl did know, so he nodded to the old upright, mostly upright, player piano along the wall, the piano standing now through luck and mulishness, and most townsfolk not even noticing something so broken, leaving the piano itself under no rush to fall to pieces just yet, each dent and gap, each scraggled piece of Cuban mahogany and Brazilian rosewood now some sort of taunt to the scientific not to mention aesthetic arguments of the universe.

Othel asked her could she move from where she was leaning or would the piano miss her and she said let’s find out and so they went upstairs to room 203 where they’d gone each Tuesday night for the past few months, Othel having been able to pick up a little extra money here and there lately.

Iva Lacewell, known semi-professionally as Fannie, closed the door behind them and led Othel to the chair by the window. She’d learned to keep her dance card clear for these nights. She asked Othel if he’d like a drink, though she knew well enough he would like a drink and so he said he would. She asked was whiskey fine and he said it would get the job done and she pulled the stopper from a bottle on the dresser, dragged her finger along the inside of a tumbler to clear some of the dirt, and eased a long pour into the glass.

She walked the glass to the chair where he was sitting and when she got close enough, he dragged his right index finger along the outside of her left leg, covered now in layer of skirt and slip, and she said “hey now not so fast give it time now” and handed him his drink.

She stood back a step as he drank, asked had he made any new friends, did he have any new stories to tell.

He said he’d met some men, thought they’d been in some trouble. “But ain’t we all been in some trouble lately?” he asked and she said that was right, that was sure right, what he’d said there, and she got up from sitting on the edge of the bed, slipped from her shoes, poured him another drink, sat back down on the edge of the bed, lifting her skirts up just a little bit then, when he noticed, just a little bit more.

“Long as you stay clear of any trouble,” she said. “Wouldn’t want to have to visit you in jail.”

He said not to worry about that. “This job, it’s good steady work now. Never figured I’d be a chef, but ain’t the world full of surprises?”

She said it was, being a little surprised that Othel considered himself a chef, when she knew full well he spent his time at the Tomlin camp pouring drinks, sweeping floors, mending and tending the shitter, and sometimes cutting up vegetables for the stew. But only a little surprised, as she also knew he considered himself a skilled lover. But everybody had to have their eyes gauzed when they looked at themselves, otherwise you see yourself as you are, you can’t keep moving, she knew. She spent most of her time telling herself she was making it alright, after all. Telling herself she was doing what she had to do, just having to get through another rough patch to find some sort of eventual comfort. So if he wanted to call himself a chef when he scooped crap and cut potatoes, what did she care? He didn’t call her a liar when she said she was happy.

“Not sure they’re going to make it much longer down there at the camp,” he said, “but they’re doing their best and at least I’m getting paid for now.”

She said that was all you could hope for and he said, well, do you want to get started, and so they did.

***
Othel, who had taken to singing “Amazing Grace” when rutting in town, was working on his second time through and just starting the part about the flesh and heart failing when everything started falling apart.

When flesh and heart shall fail, he sang, sliding loose from Fannie, his knee slipping on and off the back of her sweat-shined calf, before working his front parts to her back part again, finding his place, and mortal life shall cease, he droned on, pounding away on the beat, easing up when it felt right, I shall possess, within the veil, the iambic retreat and return, a hammering of footsteps outside, the creak and give of the bed frame, the whole of the world in perfect metrical harmony, sweat finding path through his eyebrows and into his eyes, his hands wiping away, his body losing its balance, finding balance, finding rhythm, a resonance rarely duplicated, Othel reaching a life of joy and peace, through the door a crowd suddenly came, as did he.

He turned back, dripping, to the door, pulled an often-stained pillow to his weeping crotch, got halfway through “What’s the meaning of this” when he noticed the Rudd sisters and Sheriff Monroe McCollum walking through the doorway.

“No, no,” Henrietta said, as Abigail walked to the dresser on the other side of the room and the sheriff shut the door behind them. “Don’t get up. We won’t be staying long.” Abigail set down the whiskey bottle she’d picked up, shrugged, walked back toward the door.

Fannie stepped from the bed, pulled her drawers back on, said, “He ain’t even paid me yet.”

Henrietta said not to worry. “This one’s on me,” she said, and Fannie said “Well, thank you, m’am” and finished dressing as Henrietta took a few steps toward Othel, who was sitting motionless on the edge of the bed behind the dampening pillow.

“Othel,” Henrietta said, “we heard that you were in town, and just wanted to stop by to remind you of our arrangement.”

He said he hadn’t forgotten.

“I was on my way,” he said, starting to stand, until Henrietta placed the end of her walking stick on his shoulder, and he sat back down.

Fannie asked could she go, and the sheriff opened the door for her.

When she’d gone, Henrietta said, “Sister, it appears we will be staying a little longer than I’d thought. Might as well have that drink now.”

Othel looked to the sheriff, then to Abigail, then back to Henrietta and quickly to the floor.

Henrietta removed her gloves. “See, when you tell me you were on your way and I find you here otherwise engaged, well, you can understand my concern.”

She nodded. “I dislike being lied to, you understand.”

“I dislike it more than I dislike violence,” she said, tapping the metal knob of her walking stick against his right knee.

Then she smiled and leaned closer to his ear. “I’m just playing with you,” she said, and he seemed to loosen. She leaned across to his other ear. “I don’t really dislike violence at all.”

Othel’s face shifted as Henrietta stepped back and said, “Monroe.”

The sheriff took a deep breath, then stepped toward the softening man.
***
from Steve Weddle's Cottonmouth Tomlin and the Last Outlaw Camp
Posted by Steve Weddle at 7:59 AM 8 comments:

Phillip Thompson in a Flash

Phillip Thompson at Amazon
Up next in our Flash Fiction Challenge is best-selling author Phillip Thompson. Phillip hails from rural East Mississippi, while there he received a bachelor's degree in journalism from Ole Miss. A Marine Corps combat veteran, he’s worked as a reporter and editor at newspapers in both Mississippi and Virginia. He has also worked as a defense analyst, media spokesman, consultant, speechwriter, and Senate aide.

Dedicated to his craft, Thompson has authored five novels. His most recent is OLD ANGER, the Amazon Best Seller OUTSIDE the LAW, DEEP BLOOD, A SIMPLE MURDER, and ENEMY WITHIN. His short fiction has appeared in O-Dark-Thirty; The Dead Mule School of Southern Literature; Out of the Gutter Online; Thrills, Kills 'N' Chaos; Near to the Knuckle; Yellow Mama; and The Shamus Sampler II.

If you are looking for more information on Phillip and his writing, you can find him on Twitter at @olemissgrad38 and online at phillipthompsonbooks.com. We are excited to have Phillip join us in this challenge.

What is the challenge?

Write a fifty-word flash. That’s it. However, the story must incorporate three randomly selected words and revolve around a single, overall theme. The words have been drawn and shared; letter, afford, and yard. The theme is despair.
ONE BULLET
I sit alone on the front porch, running a cleaning rag through the barrel of my Ruger. I’ve already wiped down the only bullet I’ll need. My last whiskey bottle lies empty in the yard where I threw it, and I can’t afford another one.

Posted by Marietta Miles at 8:50 AM No comments: