Happy Holidays from the Do Some Damage crew

As is the case for most of my time here at Do Some Damage, I'm turning out the lights here at the blog until next year. Typically, I'll write a longer post or put a spin on the year, but things at the home office here in Houston have been rather hectic of late and I'm all tapped out.

But me and the rest of the writers here at Do Some Damage--which will turn thirteen in 2022!--will be back in January with fresh content.

For now, we wish you the happiest of holidays and have a safe and restful holiday season.

And, as always, thanks for reading.

In a jar with Beau

This week, Beau seems to have enjoyed JAR OF HEARTS

This is the story of three best friends: one who was murdered, one who went to prison, and one who's been searching for the truth all these years . . .

When she was sixteen years old, Angela Wong—one of the most popular girls in school—disappeared without a trace. Nobody ever suspected that her best friend, Georgina Shaw, now an executive and rising star at her Seattle pharmaceutical company, was involved in any way. Certainly not Kaiser Brody, who was close with both girls back in high school.

But fourteen years later, Angela Wong's remains are discovered in the woods near Geo's childhood home. And Kaiser—now a detective with Seattle PD—finally learns the truth: Angela was a victim of Calvin James. The same Calvin James who murdered at least three other women.

To the authorities, Calvin is a serial killer. But to Geo, he's something else entirely. Back in high school, Calvin was Geo's first love. Turbulent and often volatile, their relationship bordered on obsession from the moment they met right up until the night Angela was killed.

While everyone thinks they finally know the truth, there are dark secrets buried deep. And what happened that fateful night is more complex and more chilling than anyone really knows. Now the obsessive past catches up with the deadly present when new bodies begin to turn up, killed in the exact same manner as Angela Wong. 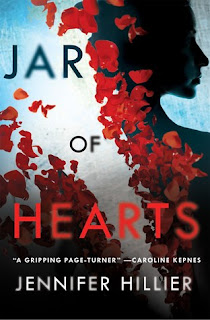 Get yours
Posted by Steve Weddle at 8:34 AM No comments:

Scott's Note: Longtime Do Some Damage contributor Thomas Pluck is back today, and he's talking about his new novel, The Boy From County Hell. It's the second Jay Desmarteaux crime thriller, the follow-up to Bad Boy Boogie.  While Bad Boy Boogie, which was excellent, took place in New Jersey (where Thomas lives), The Boy From County Hell takes place in Louisiana. We'll learn a little here about why the author wanted to set this book in that particular place. 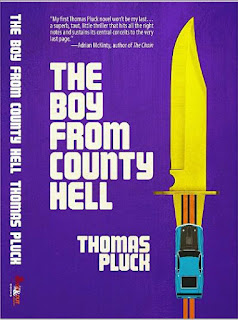 Why did I write The Boy From County Hell?

Because I wanted to share everything I love and hate about Louisiana.

I learned of the state watching Justin Wilson, the Cajun chef, on PBS as a child. Then I read James Lee Burke, which culminated in a college road trip in a Mustang, from Rutgers Newark to Mulate's in New Orleans. I worked at the Port there, married a woman from Baton Rouge, and visited once or twice a year.

There's a lot to love about Louisiana.

And plenty not to.

I'm from New Jersey, which has a lot in common. Swamps, corruption, and great food. Another place many have a love-hate relationship with.

Mostly hate, to be honest, and we like it that way. It's crowded enough. When I was researching Bad Boy Boogie, I subscribed to a prison magazine.

I had no idea that inmates were allowed to write a magazine, much less one as old and storied as The Angolite, the magazine of Louisiana State Penitentiary, aka Angola. We just accept the nickname, which comes from the nationality of the majority of the people in the  enslavement camp that existed on the land the prison sits on. "Plantation" isn't the right word, it never was, and after visiting The Whitney Plantation Museum on the Mississippi River—the only museum of such a place dedicated to the victims of slavery—I'll use "enslavement camp."

Sugar was a deadly business, and we get the term "sold down the river" from the death sentence of being sold to a sugar enslavement camp. The life expectancy of the enslaved there was just 7 years, over boiling kettles of sweet napalm.

One might call also call the Penitentiary an enslavement camp, as the inmates grow all the vegetables for the incarcerated in the state of Louisiana. Which is where the prison gets its other nickname.

They can also make crafts to sell at the twice-yearly prison Rodeo, the only one of its kind. Where the inmates volunteer to face bulls and broncos, without any training, for our entertainment. "Volunteer" has little meaning when you're facing life, as the majority of the 5800 inmates are, and you have limited means to raise money to help your family or impress your children, who live with the stigma of a father in prison. After attending the rodeo I felt dirty. I went to the craft pavilion and spent what money I had on a belt buckle and a belt, and looked the men who made them in the eye with respect, the absolute least I could do.

Former Warden Burl Cain was beyond parody. For one, a writer dreams of inventing a perfect name like Burl Cain...And Cain pushed the Farm to the limits, using the cheap labor and a folksy religious charm to make it about rehabilitation and redemption, which has little meaning when freedom is impossible.

Much of the writing in The Angolite opines for the old days when life sentence meant 20 or so years. Now it means dying in the prison hospice.

Cain resigned after he was found using the labor of his inmates for personal gain, but he walks free.

There's a lot more corruption than the prison. Public defenders get no funding. Only recently did Louisiana begin requiring that a jury be unanimous to sentence you guilty. It had been 10 out of 12.

But I love the state and its people. It is unique, much older than the United States of America, but also the perfect example of everything right and wrong with the country as a whole.

That's why Jay Desmarteaux is The Boy From County Hell.

And as Bon Scott of AC/DC would say, "Hell Ain't a Bad Place to Be."

You can get The Boy From County Hell here.

J.T. Glover is up at Do Some Damage 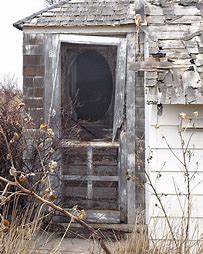 RVA City Writers member J. T. Glover has published short fiction in Best New Horror, Pseudopod, and Nightscript, among other venues. Always discovering, his nonfiction has appeared in many publications, including The Silent Garden and Thinking Horror. By day he’s an academic librarian specializing in the humanities, and he lives in Central Virginia.

In addition, John diligently tends to his blog, Dark Stories and Hidden Roads, where you can find his musings on everything from new horror movies to his favorite quarantine reads. He regularly attends conventions, workshops, and conferences, both literary and academic, heartily supporting fellow writers as well as publicizing his own work.

Let’s jump into the cold of December with J.T. Glover’s flash fiction challenge piece. What is the challenge? Write a fifty-word flash. That’s it. However, the story must incorporate three randomly selected words and revolve around a single, overall theme. The words have been drawn and shared; letter, afford, and yard. The theme is despair.

“The letter of the agreement, Mac.”

“Didn’t know it’d be Mary,” I said, looking toward the minivan in the yard.

“Guys with your hobbies can’t afford questions. She won’t pay up.”

“They don’t deserve this.”

He laughed, the unspoken “whatever” loud and clear. 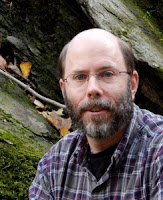 Posted by Marietta Miles at 7:31 AM No comments:

I baked cookies yesterday, which means Christmas music was playing most of the afternoon. I can’t share the cookies with you, but I can spread some auditory cheer. Here is my favorite playlist. I love some of the standards, but I definitely gravitate to original songs. I also like to mix my genres, so be prepared for both Run DMC and Dwight Yoakam.

“We Need a Little Christmas,” Cast of the Glee TV show

“I Got Your Christmas Right Here,” Aloe Blacc

“What Christmas Means to Me,” Stevie Wonder

“Santa’s Coming For Us,” Sia

“Put a Little Holiday in Your Heart,” LeAnn Rimes

“It Must Be Santa,” Bob Dylan

“Santa Claus Is Comin’ (in a Boogie Woogie Choo Choo Train),” The Tractors

“My Kind of Present,” Meghan Trainor

Posted by Claire Booth at 11:04 AM No comments: