Midnight Mass sent me on a bit of a Vampire fiction binge. I'm sure the season helped. It gets dark in Glasgow this time of year. I've said it on here before, but once the end of October hits, Scotland has a way of reminding you that we're on the same latitude as Moscow. There's an inky quality to the darkness here. A thickness. It seeps in, if you let it, and my tastes tend to turn towards horror when the skies get dark. Asking questions like, do we create monsters in the shadows because we're scared of the dark, or did we learn to be scared of the dark because that's when the monsters came?

But from Midnight Mass I started listening to the audiobook of Salem's Lot. And watching a lot of vampire flicks and TV shows. Some worked. Some didn't. I became fascinated trying to spot the patterns.

The thing that's easy to forget about Dracula is what a modern novel it was. A century of seeing it as a period piece, as Lugosi, Lee, Hammer Horror, wigs and capes. But when the book came out it was a contemporary story, about a very modern town being met by a very old problem. Van Helsing was a doctor, a scientist. The book was epistolary, made up of journal entries and -if memory serves- a transcription from a wax recording. Today it would be a book made up of blog entries and a podcast. If it was a movie it would be found footage, webcam maybe.

And so that's the first thing that I think is needed. The story needs to be set now, and needs to feel like it's about now. Period piece vampire fare just doesn't do it for me. An old threat in an old world.

This is related to the second key point. Science. Medicine. The story needs to have some form of scientist or doctor trying to figure out the rules. Whether they succeed or fail, the collision of science and mystery is key to the genre.

What we know vs what we don't. 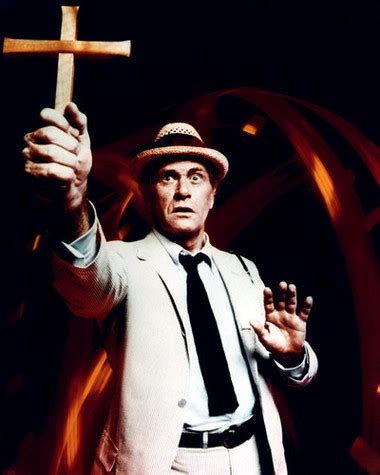 There needs to be some form of fellowship formed. We face our own personal demons alone, but to survive in one of these stories we need to believe in something bigger than ourselves. It doesn't need to be god, but it needs to be something, or somebody. We need to put a team together. Which leads right into a final act twist that is also key. A change in genre. No matter what the story has been up until this point, no matter how dark or light, how scary or funny, to really succeed a vampire story needs to turn into an adventure in its final act. The race of the fellowship against time, against the sun, chasing down the Count on horseback, or by car, or on a daring raid into a spooky house. Some vampire fiction tries to subvert or ignore this aspect. It aims for nihilism, or loneliness, or a conspiracy-style open ending. But we need that spirit of adventure and teamwork. But I also keep thinking about an element I would be interested in subverting.

As I said above, the battle between what we know and what we don't is key to this genre. And folklore by its nature is about us providing some rules to life, about figuring things out. The vampire usually enters the story with a sense of those rules. Once they turn up, certain questions about the universe are answered. And, more importantly, the vampire already knows those answers. They know their place in the pecking order. They know their rules, their mythology, their purpose. They tend to know all about the history of their species, and what their powers are, and how.

But I'm interested in finding the human level of that. Where are the atheist vampires? The ones who have as little real sure knowledge of the universe as we do. Sure, they have ancient books telling them their creation myth, just as we do, but beyond faith what do they really know? Why do they get to be so sure? I'm interesting in thinking about a story of vampires who have no more understanding of the meaning of life (or death) than we do. They wake up, they exist, they feed, they sleep, they occasionally look up at the sky and wonder what's up there. Some of them can be religious, some not. Some have carried out experiments and studied to know how their biology works, most haven't. They're just creatures existing on this planet and getting by day by day...by hunting.

I might have a story in there, fighting its way out.