The question facing the producers right now is about broom heads and handles. Or the ship of Theseus. How many things about a Bond movie can be changed before it's no longer a Bond movie?

There's a certain section of the internet that will give you very firm answers on this. Bond is a straight, white, womanising, hard-drinking, defender of the British Empire. Any deviation from that is a surrender to the evil forces of wokeness.

These legacy characters are incredibly flexible, but just how far can they flex? How far should they flex?

When it comes to Bond, I'm open to any interesting and fresh casting ideas. But I do wonder why a person of colour -or any minority for that matter- would want to take on a role so embedded in colonial identity. I have my own complicated identity with ethnicity and the British State, and I go back and forth over whether I would want to write a character like Bond. Although I've tiptoed in that direction with the character of Joanna Mason in my Marah Chase books. I can't speak to the lived experience of an actor of colour, and if someone out there has a take on Bond and wants to go for it, I'd be interested to watch.

I suspect No Time to Die -as much as it was a send-off to Daniel Craig- was testing out a format for the future. Keeping Bond as the straight white fella of lore, but filling the world out around him with more diverse and interesting characters. Toning down on promiscuity, allowing women to exist and be strong characters around Bond without him hitting on them every ten seconds.

In many ways, this leans more into the Mission Impossible movies that I tend to enjoy more than Bond. But that still brings me back to broom handles and heads. I keep thinking of the form. The structure. The DNA of a Bond story.

Mission Impossible, at heart, is a heist. A team is assembled, the plans are made, the heist is carried out, things go wrong, changes are made on the fly to get things back on track, and there are six billion double crosses. The team element is crucial to a heist story. And this same team element could be used to give everyone a bit of what they want from a modern Bond movie. But then...Bond's DNA is different, Bond stories, at heart, are much more Philip Marlowe, much more of the lone gumshoe. Bond takes on a job. He follows a trail. Clues from A to B, in a sequence, encountering lower-level threats until he uncovers the big bad. And there will be a big rich man's mansion of some form, whether it's a missile silo or a hollow volcano. He doesn't have much of a team. 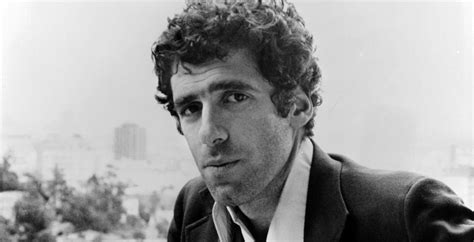 To my mind, understanding the form is as important a question as the casting. Bond can probably survive being portrayed as something other than a damaged, alcoholic, misogynist, relic. I think he could comfortably survive being portrayed as a decent guy in a tough job -a compromise that any adult watching the film could relate to on some level- without all of the outdated baggage. But how far from the underlying structure would a film go while still being a Bond film? Following the Mission Impossible template would lead to fun movies, but not James Bond. Whoever is cast, does the story need to follow the Bond DNA? Or is it more interesting at this point to break all the rules and do something else?

How much of the ship can be changed before it's a different ship?