A Timeline for the Ages

I have an idea for a novel, and so far I've established a rough timeline for the plot.  So far what I have goes more or less like this:

About 5 or 6 years ago, a body of a 19-year-old man is found dead on a road in the country (let's say down in the South somewhere).  No arrest is made in this case.  The road is not far from the large house of a prominent family of the area.  The father/husband of this family is a well-known lawyer in the area and comes from a long line of successful lawyers in that area.

Two years later, a housekeeper at the home of the same prominent family, a woman 57 or so years old, dies after a trip and fall accident at her employers' family home.  She had served for more than 20 years as the family housekeeper and nanny.

Years later, court documents related to the housekeeper's death will reveal that the family's father (remember, he is an attorney) told the housekeeper's sons that he was responsible for her death and plans to sue himself so that they are financially taken care of. But years pass, and the housekeeper's family receives no money.

About a year after the housekeeper's death, a woman aged 19 goes missing after a boat crash near a small island near the attorney's family's house.  A 911 call is placed from the scene of the crash. Many beer cans, as well as bloodstains, are found on the crashed boat, and about a week after the crash, the 19-year-old woman is found dead in a marsh off the island where the crash took place.

Two years after the boat crash, the father of the son who was indicted along with the son's mother, who is the father's wife, this father discovers the bodies of his wife and son dead on their huge hunting lodge property. In a 911 call, the father will say, "I need the police and ambulance immediately.  My wife and child have been shot badly!"

The authorities rule this double death a double homicide. Both mother and son died from multiple gunshots.  However, the authorities say, there is no threat to the public.  This case will go unsolved, and there have now been five deaths connected to this family. 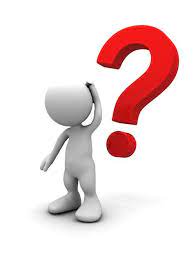 Time passes and not much headway is made in the double homicide. There is much speculation. The father of the son killed in the double murder says his son had received threats recently.  This sounds perhaps plausible since the son had been drunkenly piloting the boat in the fatal boat crash.  Could the deceased young woman's family, in an act of revenge, be behind the double homicide?

More time goes by.  About two months. Then one day, the father/husband of the double homicide victims is shot in the head while changing a tire by the side of a road.  He is taken to the hospital, and despite the wound, he is conscious and speaking.

From the hospital, functional apparently despite the headshot he suffered, the lawyer releases a statement that says he is resigning from his law firm and entering rehab.  Who shot him is a mystery, though, once again, considering his family's history, speculation abounds.

The same day the lawyer makes his statement, his law firm says that he was stealing money from them.  The Supreme Court of the state the lawyer works in suspends his law license effective at once.

A couple days after this, a spokesperson for the hospitalized and now licenseless lawyer says that his shooting was not, in fact, self-inflicted. The lawyer suffered a skull fracture and somebody else shot him, a guy driving a blue pickup truck.

Soon after, a 61-year-old man is arrested in connection with what is now called the assisted suicide shooting of the lawyer.  The lawyer now admits that he thought up a scheme in which he would have himself shot and killed so that his surviving son could collect on his $10 million life insurance policy. He had thought, perhaps incorrectly it turns out, that his son would not collect on the policy if he actually committed suicide by his own hands.

Now the lawyer's lawyers are fully involved, and they issue their own statement. This statement says that the lawyer, well before the family's death problems began, had been battling opioid addiction. For a good 20 years, he had been struggling with this addiction.  The guy who shot him, who he hired to shoot him, was one of his drug dealers.

The hired shooter slash drug dealer is taken into custody, and now he is facing charges related to the shooting.  The lawyer, meanwhile, besides charges connected to insurance fraud and the suicide by hired killing, is named the chief defendant in a wrongful death lawsuit by the sons of the longtime family housekeeper and nanny of the lawyer's family, the one who tripped and fell and died years ago in the family house.

Both the lawyer and his shooter are given bonds for their charges and both are released from custody.  They are each ordered to appear back in court on specific dates, different dates, soon.

The death of the guy who died by the roadside near the lawyer's family house years back -- that death remains unsolved, as does the shooting of the lawyer's wife and son, though of course there are many possibilities there...

That's all I have so far in my timeline. But I'm thinking about what comes next in the story.

Of course, I made none of this up and I've merely set down the timeline of the Murdaugh family murder mystery story currently in the news.  Alex Murdaugh is the lawyer and Curtis Edward Smith the guy, it seems, who shot him.  But what happens next in this case, considering what's already unfolded, is anyone's guess.  This case has gotten my attention and I've been following it in the news in part because it's my favorite type of true crime story -- a saga way too strange, even absurd, to be believable as fiction. If you put this many twists and turns and loose ends in one novel, the reader would start to laugh or curse and probably toss the book away.  It would seem utterly implausible, and yet it all happened, and the story is not even done yet.  I just love these kinds of too-bizarre-to-be-fiction narratives, and when they involve crime, that's even better.  That's not to overlook the seriousness of what's happened, I should add, the grief felt by survivors of people who've died in all this.  But since true crime, unlike fictional crime, is under no obligation to be "realistic", it can have this level of improbability.

Any more twists or revelations to come from this case, anything else close to unbelievable? It's not fiction, so it's certainly possible.

Posted by scott adlerberg at 7:39 AM