Nothing Always Happens - The Story of the Doormats, the second-best band of all time.

Rock and roll needs rivalries. It's part of the basic tribal make-up of the genre. Us vs them. Us against the world. The idea off riding with your chosen gang, come what may. And sure, people like to reach for easy comparisons like the Beatles vs the Rolling Stones, or Blur vs Oasis. But all of those bands won, in their own way. The real bittersweet magic is when two bands are locked in a competition that they can't both win. Take the Replacements, paired early on in an indie-band rivalry with R.E.M, the Stones vs the Beatles of the independent labels. And one side categorically won that fight. The duality of success and failure adds something to the story.

There was no more bitter rivalry in music around the turn of the millennium than the one that came to define the whole New York scene for a hot minute. The internet was young. Old media still had it's power, and in music the magazines of the 70's still felt like the real deal. But the new avenues opened up by the internet created opportunities for myth making, for reputations to spread faster than they ever could have back in the sweaty old days of tour vans and sleeping on dirty floors. Someone had to be the first. The one chosen band to capitalise on this perfect moment in time, and break through into the mainstream as cool throwbacks. And the two contenders were the Strokes and the Doormats. History tells us who won. 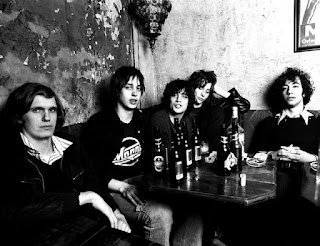 The Strokes had the right photograph taken at the right time, looking for all the world like upstart kids from somewhere around 1978, rather than talented hipsters who owned a Tom Petty album. The hidden joke in this famous photograph is that, if the camera had been turned 90 degrees to the right, the snap might have caught the real deal, the Doormats, sitting in a drunken and stoned haze, shouting insults at their rivals. But the Doormats refused to be photographed that day, and it cost them.

The Doormats were really the first act to recognise the potential of the internet for fanning the flames of a reputation that outstripped their experience. Working a string of packed clubs across the Tri-State area, and affecting a cool distain for the internet, and refusing to do interviews, they built a legend fast. The coolest band in town, the best gig in town, the most drunk band in town. Somehow, despite a growing affinity for inebriation, they always managed to pull it together on stage, never having any of the flame-out performances that had defined the Replacements in the previous generation. With shows that regularly lasted two-and-a-half hours, they delivered value for money even while seeming for all the word to not value your money. 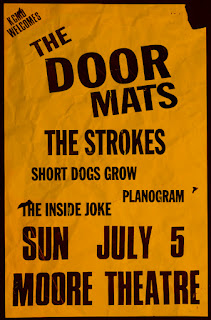 Perhaps the earliest, and most successful, myth around the group was that they were even a New York band at all. The drummer, Edgar, and the lead singer, Dave Ash, both hailed from Minneapolis. The bass player, Todd Flambé, was really a classically-trained jazz pianist from a family of stockbrokers, successfully rebranding himself at college as a leather-clad Johnny Thunders throwback.

Ash was always the standout of the group. He had that doomed quality that defines songwriters like Kurt Cobain and Paul Westerberg, the fact that two things can be equally true at once: both the urgent need to be the star of the show and the desperate wish to slink into the shadows. Born to crave and despise success in equal measure. But he owned the stage every night, for north of two hours, and nobody in the crowd really cared about the toll it was taking on him emotionally.

Ash's songwriting was the driving force of the band. Known for his sly, mocking lyrics that hid bruised emotions underneath, "I used to love her, but now she's blonde. But then she waves like a magic wand. I don't believe me." Or moments of earnestness wrapped up in throwaway humour. "I walked a thousand miles, down every wrong road, but wore my favourite shoes." And moments of startling darkness. "You've got heaven in your eyes, it only shines when you cry."

They came roaring out of the gate on a fun and sloppy debut album, Hot To Trot. 24 minutes of fun, attitude, and mixed emotions. The short running time was taken as a challenge. Right in the middle of the CD era, when music was no longer 'limited' by what could fit on a slab of vinyl, and albums were starting to creep above seventy minutes. The Doormats drew a line in the sand and said enough. And, for a band who could play three hours of original material each night, it served as the perfect marketing approach. A short sample of what would be on offer. None of the songs could have been described as guaranteed hits, but through all of them were clear signs that Ash had some mainstream sensibilities just waiting for the chance to break out. 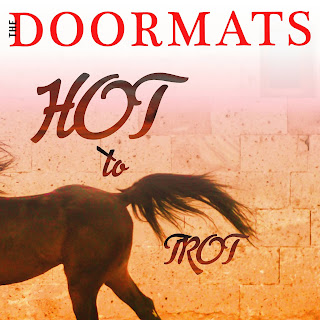 Those mainstream sensibilities came to the fore in their second album, Legends of the Mall, released two months before the Strokes dropped Is This It. The lead single became the closest thing the Doormats ever had to a real breakthrough hit. The driving, bass-heavy anthem Runaway Town topped out at 34 on the Billboard singles chart. There was a growing sense that the stale pop charts were ready for a return to indie rock, and label execs at Warners were convinced they had the band to do it. The trouble was, the more money they pumped into promoting the album, the more the band seemed at odds with its own ethos. Everyone had been right, the time was ripe for that breakthrough act. Unfortunately for the Doormats, the spot went to the Strokes. 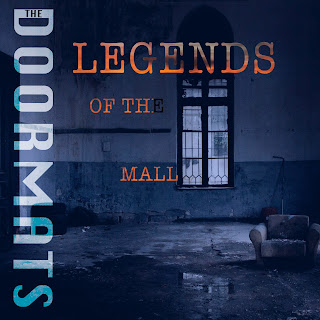 The increased spend from the label also brought extra pressures, most of which fell on the shoulders of Dave Ash. Todd just enjoyed playing bass in a band and partying in Brooklyn. Edgar saw rock and roll as a means to an end, the thing he was doing on the way to developing a career as a painter. But Ash was the one who needed a hit. He was the one who needed to prove he could write and sing songs that the mainstream wanted to hear. And, like many young songwriters before him, he dealt with the pressure through self-medication. Drugs. Alcohol. He began ticking off each and every rock star cliche, up to and including a marriage to a divisive public figure, reality-tv star Louisa Mantalos.
In the middle of all this, and with the Strokes soaring away to worldwide success in a slot Ash was justified in thinking was supposed to be his, the band hit the studio to try and find a third album. The result  became both their masterpiece, and greatest failure. 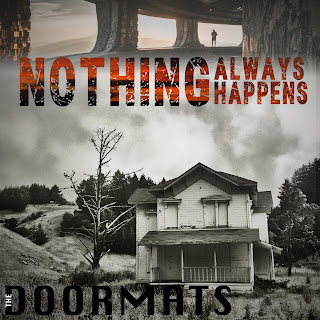 Ash channelled his problems into his work, crafting the best songs of his career. The juvenile wordplay was ditched in favour of wry confessions, and the freewheeling nature of the trio's music was replaced by something more somber. Acoustic guitars were brought higher in the mix, bouncing off the fuzz-heavy electric guitars to create a distinctive sound that filled our ears with the double-edged emotions Ash had been living with for so long. Leading off with the title single, a bittersweet anthem to confusion set to a radio-friendly riff, the band were now walking a very different path to their greatest rivals. "Don't ask me for flowers, or other things that die. Don't ask me if the fall will hurt, I don't want to tell you lies. We're here for nothing. For nothing. Nothing always happens."  There was something almost wilful about how far the band veered away from any chance of success, while turning in their best work. The album bombed.
The label hadn't officially given up on the band. The sunk cost fallacy wouldn't allow them to do that. They'd already lost too much money to not try and lose more. But they weren't going to sit back and let them do things their own way. Ash was heavily man-managed through the process, in addition to being frog-marched into rehab before the recording process began. To avoid losing control, the label shipped in a roster of session musicians, with the Doormats themselves only all appearing together on three tracks. this loss of chemistry was apparent in the songs, and also appeared to break the connection between the three bandmates, with their previously-legendary touring schedule thinning out to just a handful of dates over the next year. The shows themselves were now usually clocking in at around 90 minutes. The release was packaged more as a solo album, with the Doormats name feeling more like a contractual obligation. 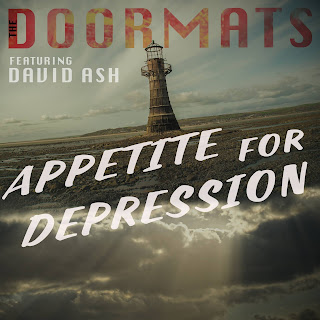 They almost accidentally had a hit. Two songs off the album were featured on low-budget indie films that became unexpected box office and critical darlings, giving the band themselves a second wind as hipster darlings. But the damage had already been done to their working relationship, and the next time we heard Ash it was as a solo act, with slick production and soft-focus photography, showing up on the soundtracks to teen drama tv shows and animated movies.
Which would have been a strange enough ending for the story of the second-best band of all time, if not for one last cruel twist. Ash went missing six months ago. He got a taxi home from a recording studio, across the river into Manhattan, and dropped off the face of the earth. Nobody knows where he went. Or why. We can only hope that, wherever he is, he's feeling happier and healthier in his skin.
"My mind slows, attentions come and go, but my heart stays." - Dave Ash.
This post is fiction. The Doormats aren't real. They're featured in my upcoming mystery novel Don't Tell a Soul, released July 26th. If you want to find out what happened to Dave Ash, pre-order a copy now in ebook or paperback.
Epub Quick Links: Apple. Amazon US. Amazon UK.

I totally bought it. Went to You Tube to find their tunes before finishing the post.
I should be peeved but I’m not. That was solid.
If the book is as good as the post you got something. I’ll watch for it.

Heh. Glad you enjoyed it. Sorry they're not real - but I guarantee they sound better in your head than they would have done in real life.

The real Doormats (a punk band from S. California that moved to San Francisco in more recent years) are way better than the Strokes.