If there's one great thing about ebooks and electric comics is that you can carry potentially your entire library on vacation.

But that wasn't always the case back in the days before Kindles and iPads. No, back then, you'd have to be judicious with what you wanted to read while on vacation because you'd have to carry everything. In my adulthood, I would spend almost as much time deciding on what books and magazine to bring on a vacation as I did on my entire vacation's wardrobe. I know I'm not alone here. I mean, as much as I enjoyed the 800-page, hard cover history book was I reading, there was no way it found it's way into my backpack for reading on a plane.

Before adulthood, however, there was another factor that determined what we might bring on a vacation: our parents. I remember my youth in the 70s when we'd go on vacation, my parents would not let me take EVERY comic I owned. Even as an only child, it was just not feasible to bring them all. A friend of mine were talking this week and he mentioned his mom told him he could only bring ten comics on their annual trips. He always prioritized the 100-page giants and the like so he could maximize his reading experience. I did something similar.

Most of the time, those issues would have a then-current story backed with multiple reprints ranging from the 1940s to the 1960s. In an era where back issues were few and far between, these issues rocked. Well, unless is some crappy story feature Prince Valiant or some Viking nonsense. Didn’t like it then. Still don’t.

One of my summer projects is to catalog all my comics. I’m almost done. A nice side effect was seeing all these old issues. Some of them have distinct memories associated with them. Others—many others—do not. In fact, I started culling many issues. “Why the heck did I buy that one?” I asked myself more than once.

Seeing all these issues made me want to read them again. Sure, I could keep all my long boxes in the front room all summer, but I think we know how that would go over with the rest of the family. So I made my own Summer 2021 comic box. I’ll probably go back and pull a few other issues, but mainly, the titles I want to read are in this box. 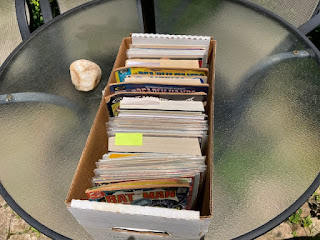 Those thicks ones are those awesome black-and-white reprints where you get 500 pages of comics in a single volume, the modern equivalent to those old 100-page giants. 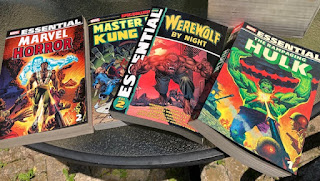 I’ve been reading through the Master of Kung Fu collection for a little while, but I’ve sped up knowing the movie is on its way. The others are just hankering I’ve been having: 70s-era Marvel books I never read back in the day.

Marvel also published eight magazine-sized Doc Savage issues, all black-and-white. I have them all, but I’ve only read the first one. 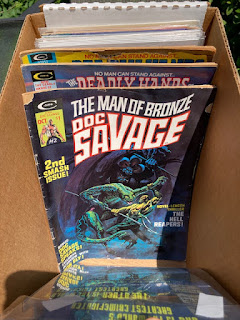 This is one where I remember buying it but have zero memory of it. I like the 70s and 80s when comics artists and writers would just try anything, like apparently making a quarterback into a super hero. Sure. 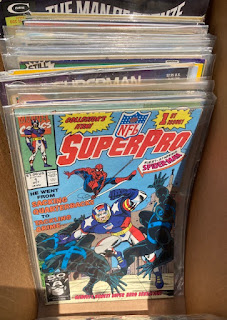 I have a ton of Superman tiles, second only to Batman. But this Time and Time Again series is something that looks interesting. 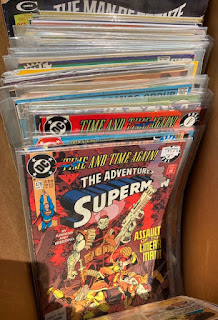 Then there are titles like this. Have to read it for the historical value. 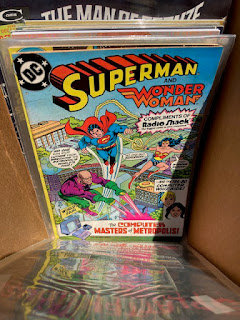 I discovered a few X-Files comics which are in the box, but that also led to re-discover this entry where the Dark Knight is abducted. 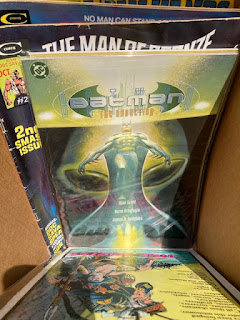 This issue of Detective is one of the earliest I ever had. Can’t remember the story, but I will this summer. You can see the frayed edges of a well-loved book. 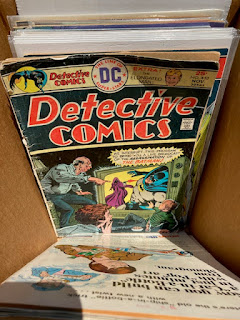 I’ve got a few novels lined up to read, but I think the Summer of 2021 will be comic heavy.

So, did your parents limit the number of novels and comics for your trips? Did you get to buy some on the road? And what specific comics can you remember reading during the summers?