The Art of Letting Go

One thing I like about writing blog pieces and critical pieces and short stories is the feeling of completing something.  It may be short, but it's done. It's easy to let go and pretty much forget all about what you just wrote.  On to the next written thing, you can say, and in the meantime, I'll keep working on the longer thing. Except that with the longer things, I have real difficulty finishing.  I guess the crux of the problem there is just letting go.  I almost never once feel "proud" when I've completed something long. It's not that I think what I wrote may not be pretty good, or at least the best I could make it, and that I didn't put my all into trying to make it as good as I could make it.  More, it's the nagging feeling that "The book is not finished. There's something that can be improved.  What didn't I do that could make this a bit tighter, sharper, better written?" As Martin Scorsese says in his Master Class talks, about how he views a film he has shot and now is editing, "The truth is. It's never finished. It's never finished." 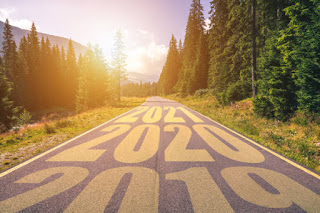 But I'm starting to view this mindset as my biggest liability connected to writing.  I have to get better, with longer stuff, at letting go.  Everyone else seems to do it.  People churn out two or three or four books a year.  They produce books fast, and, to all outward appearances, they seem pleased with them. Of course, you have to speak positively about your own book if you're going to promote it.  Who is likely to buy a book from an author saying, out loud, "Well, it's okay.  And underneath it all, I don't even think it is really and truly finished, but, buy it anyway.  You'll love it."?  That would be absurd.  No, what we repeatedly hear is, "I'm so proud of this book, my newest, and I can't wait to share it with you."  That kind of thing.  And the author may be sincere in expressing these sentiments.  They have, I would assume, self-doubts (What halfway intelligent writer does not?), but the time when you are promoting your book is hardly the time to display any of that self-doubt.  At a minimum, whatever that author may feel about his or her book, whatever imperfections the author feels that book may have, they have learned to be able to accept letting go of the book and putting it out in the world.  Because, to state the obvious, what is the point of writing the book if not to put it out in the world?

What I'm talking about here is not fear of criticism or tough responses.  That's something else entirely, a natural part of the territory for anyone engaging in creative activity.  I can't say that part of the process has ever weighed on my mind much.  Some people like what you've done, some don't. So be it.  You did the best you could, and that's it.  After that, regarding reactions, all bets are off, as they should be.

But letting go, looking at a longer work I've done and saying "It's finished" or saying, "It's as good as I can possibly make it" or saying, "From here on in, the time put in is not worth the tiny tweaks I might make when I could start something new" is something I need to work on. I wouldn't say I need to seek out therapy about this, but then again, in this day and age, what's more natural than seeking out therapy for a psychological sticking point?  The therapist's office, the soft couch or cushioned chair, the lulling quality of the white noise machine, the cocoon of the place as one talks about oneself with utter self-indulgence...

It's tempting, but no.  I can see myself talking about the issue for months without making much headway on it. I just need, by myself, with novellas and novels, to learn one simple thing.

How to let the fucking book go.

Posted by scott adlerberg at 7:12 AM

I know what you mean, Scott. With a shorter work, it's easier to fine tune as much as you can, but even then, whenever I revisit a story after it's published, all I can see if the things I would still want to fix. And a longer manuscript just amplifies all that.

I’ve let go of a few long pieces over the last several years, including the next one to be published in November (that’s about a 8 year on and off project I kept letting go of and returning to) … I have 3 finished books I’ve walked away from, but mostly from boredom with the genre. One I may pursue. I’ve been dabbling in non-mob books, less crime, and those tend to leave me looking for the garage and my weightlifting platform (frustrations abound). My wife occasionally brings up a book that was never published from more than 20 years ago now, but I can’t. I just can’t. Isn’t writing fun? That’s sarcasm. I love it. It’s kept me semi-sane for 20+ years now … and perhaps more importantly, out of trouble.