An Interview with S.A. Cosby 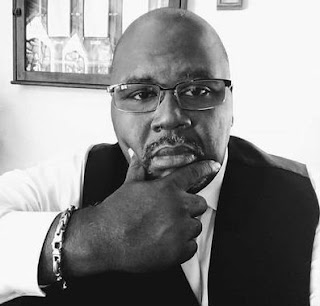 This week, I convinced acclaimed author of BLACKTOP WASTELAND and the upcoming RAZORBLADE TEARS, S.A. Cosby to chat with me about what he's up to, his thoughts on his recent success, and the challenge of writing cops in crime fiction in the very current (and historical) climate of the American police state.

If you haven't read Shawn's stories (and where the hell have you been if you haven't), I highly recommend you remedy that. Keep your eyes peeled for links to his work and the work of others below.

AC: So, since last we spoke (well, in person during the before times), you went off and released BLACKTOP WASTELAND, which I hear people seemed to like (and is releasing in paperback very soon). I mean, just a handful of award nods, glowing reviews, and a production deal, so no biggie. You're also about to release your second novel, RAZORBLADE TEARS (which I also heard is outstanding).

Guess that's a long way to walk to simply ask: how's it going? Has the success caught up with you yet, or is it all still soaking in?

SA: First it’s good to talk to you again my man. To answer the question, it's all incredibly surreal. Like 5 years ago I was getting yelled at by a customer trying to return a drill from the Pre-Cambrian period at my retail job and now my book is being optioned for a film. I got to chat with Walter Mosley. I was able to get a new car that doesn't come with arcane instructions (once you get to 55 you gotta put your arm out the window to keep it from tipping over).

It's more than I could ever have dreamed and it’s a little terrifying!

AC: And to follow up on that. Is there a sense of wariness as you begin new projects with these successes in the proverbial rear view? Not so much the typical anxiety that comes from writing, but of the expectations that can sometimes (often) get laid on creators of color? Is there even a way to mitigate/deal with that kind of nonsense?

SA: Well, I’m aware that now the playing field is a little different. There are a lot of eyes on me watching how the next project will go. And we both know that WOC don't get as many at bats as other writers, so I feel some pressure and anxiety to maintain a certain level of engagement in regard to my writing, but when I sit down to write I put that out of my mind because ultimately that gets in the way of the story...and the story is the thing

AC: Your next novel, RAZORBLADE TEARS, is set to tackle some very heady social topics. A story of two fathers united in a quest to avenge the deaths of their sons - sons who they were estranged from because of their sexual orientation. What led you to tackle subjects like these? Was there something that made this story compel you to make it come to life?

SA: The quick answer is I had a friend, also African American, close to my age, who came out a few years ago to his family and they were not supportive at all. And that person was devastated, and they told me " You know if I could do hair or lead a choir they wouldn't be so upset " and that statement shook me because in many ways it was true. It made me think about how prevalent homophobia is in our communities of color and how that runs parallel to systemic racism. I felt like I needed to talk about these issues in the only way I know how: through the prism of a crime novel.

AC: You mentioned on Twitter that you're working on a third novel involving a black sheriff and you're editing a cop-themed anthology.

Your rep for being provocative maintains, man.

There's been a kerfuffle lately about writing cops in crime fiction and while I'm no fan of copaganda (and I'm comfortable assuming you aren't either) I do believe there's room for true examination of the broken police state. Is this something weighing on you as you write the next novel and as you prep to read through some of the subs that will come piling in soon?

SA: Yeah, I have no interest in writing about super cops who are perfect paladins riding on white horses. You don't have to be a POC to realize that idea is not only fantastical but also dangerous. But I think it’s important to have conversations about how policing affects our communities and our psyches. The book I'm working on is at its core an examination of what happens when a person of color tries to fix the system from the inside only to find out the foundation is rotten, and the house is on fire. The anthology I’m working on with Rock and a Hard Place Press takes this issue one step further with stories told from the point of view of people who are victims of that broken police industrial complex. In both cases I think writing is one of the best ways to talk about these issues. It's like using a mirror to fight a Gorgon.

Who should we be reading that we aren't reading? Which authors out there are knocking your socks off?

Yasmin Angoe, she has a great spy novel coming out later this year called HER NAME IS KNIGHT

AC: Last question. A little evergreen to cap things off. Name a song that just must be on the playlist for what you're writing these days.

Hellhound on my Trail by Robert Johnson

S. A. Cosby is an Anthony Award-winning writer from southeastern Virginia. He is the bestselling author of Blacktop Wasteland, a New York Times Book Review Editors' Choice and Goodreads Choice Awards semifinalist, as well as Brotherhood of the Blade and My Darkest Prayer. When not writing, he is an avid hiker and chess player.

Posted by Angel Luis Colon at 2:00 AM