Dana King on Leaving the Scene

Scott's Note: Dana King is back at Do Some Damage this week, talking about his new police procedural and sharing some of his ever-evolving thoughts about the form.

Happy to have him back, and here's Dana:

First, thanks again to Scott for providing a place to flog the new book. Leaving the Scene, Volume 6 in the Penns River series, drops May 17 from Down & Out Books. Scott’s routine generosity is much, and always, appreciated. 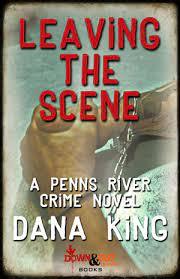 The eternal debate about realism vs. entertainment has long been a favorite topic of mine. Over time I have concluded it’s a false choice; there is no reason realism and entertainment can’t go hand-in-hand.

Shows like CSI and NCIS lean too far to the side of entertainment. Much of what they pass off as state-of-the-art technology either doesn’t work as depicted or doesn’t exist. On the other hand, a blow-by-blow description of an investigation would be, as Mark Billingham once said, “dull as ditchwater.” First, lone wolf cops and detectives breaking stone whodunits happen about as often as total eclipses. Cops—and most PIs—work in teams, and quite often a computer is a key part of the team, and it’s not like the goofy chick on NCIS typing like a maniac for ten seconds before telling Mark Harmon who their suspect is, what he looks like, his criminal and military records, where he lives, where he is right now, who he’s dating, who he’s cheating with, how he likes his steaks, and his favorite color.

There’s a happy medium. You can’t write a contemporary crime story and ignore technology; it’s too pervasive in society. The trick is in how much to use, and in what level of detail to describe it. The Wire was superb at this. The cops talked about PEN registers in such context they never had to explain them. All we needed to know was there is a thing called a PEN register that lists all calls made and received by a given number. Not who called or what they said, just the number. Often that’s enough to lead to the next stage of an investigation.

Sticking with The Wire, there was the matter of cloning pagers. Again, no bells and whistles. When the other cops didn’t know what that meant, the one who did (Lester Freamon, I believe) simply told them it’s setting up a computer so that any page received by the cloned pager comes to yours as well, and that it required a court order. That’s all we needed to know. 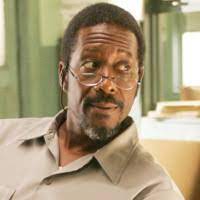 I set my police procedurals in impoverished Penns River in part because I don’t want to have to deal with the current state of the art, nor do I want the stories to be outdated by the time they’re published. Cops still most often break cases by asking questions and following up until they eliminate everything but the truth. A lack of cutting-edge technology can actually help such a story. For instance, DNA tests often take from six-to-eighteen months to come back. That makes them unwieldy to use in a fictional investigation (real cops aren’t crazy about it, either), but it can be a useful plot device. At the very least, I can write about the availability of DNA, sending it out to be tested, then having my cops acknowledge they’re not going to wait on the results.

Fingerprints are another example. Fiction implies a decent set of prints—sometimes even a single print—will lead to a suspect’s name. If only that were true. The database often sends back twenty-five (or so) likely matches; it’s up to the cops to winnow them down. How they pick through the chaff deals with people and dialog, which is far more entertaining.

There are multiple advantages here for fiction writers. First, and most obvious, is how we can add red herrings or send stories down interesting, but blind, alleys (which happens to cops only all the time), allowing you to add plot twists that are not only surprising but believable.

The second advantage may be the most important. Readers may show up on juries. How would you like to be a defendant in a case where jurors feel they are experts in criminal procedure because they’ve seen every episode of Law & Order? We all share some responsibility to reflect the real world as much as possible, as most people think art imitates life a lot more than it does. True, we can’t afford to be a slave to realism (remember “dull as ditchwater”) but we pride ourselves on our creativity. Use the skill to bend realism to our needs instead of feeling constrained by it.

Dana King has earned Shamus Award nominations for two of his Nick Forte novels, A Small Sacrifice and The Man in the Window. He also writes the Penns River novels, of which Leaving the Scene is the sixth. His work has appeared in numerous anthologies, most recently The Eviction of Hope. You can get to know him better on his website, blog, Facebook page or Twitter (@DanaKingAuthor).

You can get Leaving the Scene here.