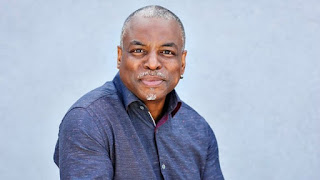 What do all these things have in common?

What else do those things have in common (well, except for Star Trek)?

And now—finally—the two shall meet. Burton has at last been chosen as a guest host of the iconic game show. He’s been lobbying for a slot for a while, and his supporters have been all-out campaigning for it since November. As of yesterday, the Change.org petition had just crossed the 250,000-signature mark. It asks that he also be made the permanent host. I completely agree.

Here are a few reasons why.

He spent 23 years helping children fall in love with books as host and executive producer of “Reading Rainbow” on PBS. This is not a gig you stick with because it’s lucrative. It’s because you’re making a difference. When it went off the air, he pivoted to app-based reading programs, and eventually the web-based Skybrary, which has ad-free educational books and videos for children.

He now helps adults fall in love with short fiction on his podcast “LeVar Burton Reads.”

He grew up in Sacramento (hometown shoutout).

And okay, the Star Trek connection doesn’t technically have a lot to do with hosting Jeopardy! but you have to admit, playing Cmdr. Geordi La Forge on “The Next Generation” puts his geek cred through the roof. (And that isn’t a dig, it’s a compliment; I’m a life-long Trek fan.)

Burton’s Jeopardy! episodes will air from July 26 through July 30, 2021. Mark your calendar and be sure to watch. Good ratings will put him one step closer to getting the job permanently. And if you want to make your voice heard before then, you can go the petition.