Blood and crossroads with Beau

This week, Beau takes a look at Crossroads, from Laurel Hightower.

When Chris's son dies in a tragic car crash, her world is devastated. The walls of grief close in on Chris's life until, one day, a small cut on her finger changes everything.

A drop of blood falls from Chris's hand onto her son's roadside memorial and, later that night, Chris thinks she sees his ghost outside her window. Only, is it really her son's ghost, or is it something else—something evil?

Soon Chris is playing a dangerous game with forces beyond her control in a bid to see her son, Trey, alive once again. 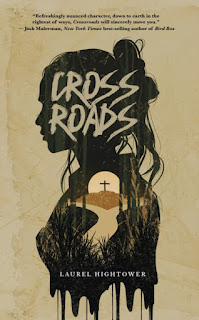 Get yours
Posted by Steve Weddle at 8:20 AM