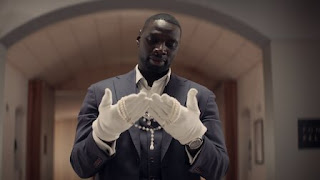 I'm here today to enthusiastically endorse Lupin, the French limited series thriller that pays homage to the great French books of that name about a “gentleman thief.” It’s also suave, sexy, fun, and paced as well as anything I’ve seen in a long time. Sure, it sometimes stretches the bounds of plausibility, but what heist movie or book doesn’t?

Omar Sy stars as Assane Diop, whose father, a Senegalese immigrant, gets a job as chauffeur for a wealthy businessman. Things end badly, and Assane grows up vowing revenge. Not guns-blazing revenge; that’s not his style. Instead, he molds himself into the hero of his favorite childhood books, Arséne Lupin. (Tip for those who, like me, didn’t take French in high school: it’s pronounced Lou-PAN.) Lupin was the refined burglar and master of disguise who could solve any problem and steal any object.

Sy has been some English-language movies, including Jurassic World, and X-Men: Days of Future Past. The magnetic French native is truly at home here on the streets of Paris, whether it’s outside a tenement or in the courtyard of the Louvre. And I love that he’s of African descent. The casting of Sy adds a whole other rich layer to the show, with the problems of class and race that exist in French society. Plus, he’s perfect for the part – meticulous yet mischevious, and with a cat-burglar grace that not a lot of tall men can pull off. 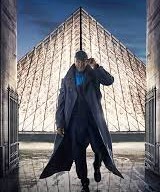 The Arséne Lupin series by Maurice Leblanc, featuring the exploits of the “gentleman thief,” began in 1905 and lasted for 23 books. In other words, there’s plenty of material to inspire Sy’s character for many seasons to come. And based on Netflix’s assertion that more than 70 million people worldwide have at least started to stream an episode (which is more than even other hits like Tiger King or The Umbrella Academy), it seems likely the company will keep it going.

In fact, the second part of Season One (i.e. the other five-episodes of the ten that have been shot), will be released on Netflix sometime this summer, the streaming service said last week. Don’t wait that long to start. Watch it now. It’s perfect how’s-he-going-to-pull-it-off escapism for the dreary days of winter.

And don’t make the mistake I did. I just clicked play and it came through dubbed into English. Horrible. Bad voice acting in addition to the usual awfulness of the lips you see moving not matching the words you’re hearing. Switch to the French with subtitles. It’s less distracting that way, I swear. And more – how should I say? – l’original est magnifique. 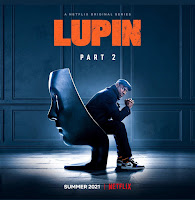