The Gift of Christmas Movies 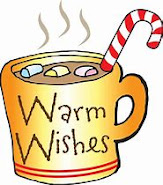 With temperatures dipping and the presence of a life-threatening virus still abound, inside is the place to be this time of year. There are so many things to keep us cozy and busy this season. This week I'm looking at movies, so grab some snacks and a blanket and scroll down for a list of fun and frivolous holiday movies.

THE NIGHTMARE BEFORE CHRISTMAS (1993)

The Nightmare Before Christmas is a wickedly original and visually stunning full-length work of stop-motion animation.

The Pumpkin King, Jack Skellington, rules over the spectacularly spooky Halloween Town. But Jack is growing bored with the continuous fear and fright. When he wanders into Christmas Town, he falls in love with the cheery holiday. Jack and his precocious helpers work to bring Christmas to Halloween Town, but the evil-minded Oogie Boogie has different plans altogether.

This holiday classic set the standard by which all holiday films would be judged. So well-made and touching, it can weather continuous, yearly viewings.

This gem follows the life of everyman George Bailey. After a run of bad luck George stands on a bridge on Christmas Eve, desperate and ready to jump. George's guardian angel, Clarence Odbody, appears to show George the positive impact his life has had on his loved ones and the town of Bedford Falls.

A Christmas Story serves up a heartfelt sentimental feeling with a side dark humor. This is the rare example of a movie my entire family loves to watch.

This holiday treat tells the story of Ralphie Parker, a 1940's nine-year-old, as he attempts to insure the ultimate Christmas present; a Red Rider BB gun. The antics of both Ralphie and his family make for constant laughs.

One Christmas eve, Buddy the baby mistakenly crawls into Santa's bag of gifts and is spirited back to the North Pole and raised as an elf. Years later, after learning that he is not truly an elf, Buddy travels to NYC to find his real father. Elf is a cheerful, good-natured family comedy that has become a classic

I have a soft spot for the Muppets retelling of this Dickens classic. It brings a feeling of nostalgia and innocence. Featuring Michael Caine as Scrooge, this movie marked the first time the Muppets appeared on screen since the passing of Jim Henson. His son Brian finished directing the production in his honor.

Scrooged is a contemporary and dreamlike retelling of the classic Dickens tale. Bill Murray plays Francis Xavier Cross, a sarcastic and selfish television executive. Cross chooses to spend Christmas alone, despite well-wishes and invitations from family and co-workers. His story aligns with Dickens’ as the spirits of Christmas begin their visits. Bill Murray brings his character to life and laughs.

Through a series of crazy mishaps, 8-year-old Kevin is left home alone after his family flies to Paris for Christmas. At first, he’s thrilled to have the house to himself, but he soon realizes just how much he misses his family. As well, he’s also left to protect the house from a pair of bickering, inept burglars.

A 1983 animated version of the Dickens classic, with Mickey Mouse as Bob Cratchit and Scrooge McDuck as the miserly Scrooge. Keep an eye out for stellar cameos by Jiminy Cricket, Pinocchio, Ichabod Crane, Mr. Toad.

Miracle on 34th Street delivers a warm holiday message without being overly mushy or gushy. A department store Santa tries to convince a little girl who doesn't believe in Santa Claus and her practical, store-executive mother that he is Santa Claus, and winds up going on trial to prove who he is. This movie has something for everyone. Featuring Natalie Woods, Maureen O’Hare and Edmund Gwynn.

This is the third in the "National Lampoon" series about the Griswold family vacations. As usual, Clark Griswold makes elaborate plans for the event, but the true meaning of Christmas is broken by a series of misfortunes. Things go from bad to worse to funny in this holiday comedy.
Posted by Marietta Miles at 9:00 AM