Not long ago, I read an article in The Guardian saying that international lawyers are drafting plans for a legally enforceable crime of 'ecocide'.  This label would criminalize the destruction of the world's ecosystems.  I'm not sure how this would be enforceable in practice, but I was interested and surprised to read that the notion is drawing support from some European countries and from island nations at risk from rising sea levels. "The aim", said the article, "is to draw up a legal definition of 'ecocide' that would complement other existing international offenses such as crimes against humanity, war crimes, and genocide."

Meaning, I suppose, that fiction depicting large scale human destruction of the environment may one day be considered, in its way, crime fiction?

Anyhow, these thoughts and similar ones occurred to me recently when I picked up J.L. Morin's new novel Loveoid, a book that definitely views ecological devastation as something no less than criminal.  The author, who has written four previous books including the 2015 YA cli-fi novel Nature's Confession, is very clear in her views, and what comes across again in Loveoid is that she's a writer committed to exploring and laying out a number of the threats and dilemmas that human beings and this planet face. 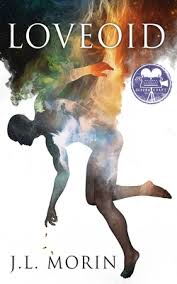 Set in a disputed North African territory, Loveoid takes place a few minutes into the future, as the saying goes. Climate destruction is rampant and the Earth is becoming ever more crowded. Misery abounds. Yet the world's superrich are doing great and continuing to rake in their profits.  They live lavish, in-their-own-world lives, serviced by androids. For them, overpopulation means more consumers to sell to, and for the people who can't stand the debased conditions any longer, who find life too regimented and limiting, there is always the option of euthanasia hotels.  But then something disturbs the lives of the ultra-privileged; a virus hits, something called an extremophile virus, a bug that affects the wealthy in particular. The predatory, unloving nature of the people affected may have something to do with why the virus hits them instead of anyone else, and we get an inkling of what these people are like through a character named Ainsworth, a guy who sounds as if he might have stepped out of a Don DeLillo novel:

Ainsworth’s swift maneuvering through a series of cold and conventional wars had grown Trident Fuel Company from 900 billion into a multi-trillion-dollar player. To say he had a high-profile job was a euphemism. His private fleet of jets and helicopters enabled him to give orders anywhere face-to-face on a spectrum of world-shaping issues. But he still managed to keep up his fascination with women. They offered a flavor of warfare requiring Gordian counter-plotting, frontline technology, and improvisational deceit to effectually undermine their prying, security, and emotional blackmail.

An American biologist named Olivia is hired by Big Pharma to lead the research in finding a vaccine (the loveoid of the title), and in essence, the book then becomes her story, a narrative of her transformation.  Through her connection to an Egyptian astrological farmer named Khalid, Oliva embarks into unusual spheres of knowledge completely unlike the knowledge she has cultivated during her time in the corporate world, and by way of her journey, Morin takes the reader on a mental adventure.  Quantum realities play a part, as do parallel timelines. Love, a diminished value in this profit-driven world, regains its place as a supreme value.  But the planet remains endangered, and those who benefit from exploiting it are not about to go away, even if they have to deal with a virus. 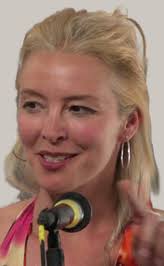 In Loveoid, J.L. Morin spins a tale of awakening and vision, a tale that has hopefulness in it but does not overdo the optimism. Morin writes with both passion and great intelligence, at ease with complex philosophical ideas.  She is not afraid to tackle head-on the most pressing and dire issues of today, and she does so with focus, storytelling verve, and an admirable clarity.  As with much speculative fiction, the novel asks more questions than it answers.  And the questions it asks, the ideas it broaches about humanity's potential, are intriguing.  Still, as is only realistic, the story never entirely sheds its undercurrent of possible doom, a mood that at this specific time seems only too fitting.  Morin must have started her novel before the coronavirus pandemic, with all its attendant fallout and conflict, but one can't help but read a virus novel without our present situation in mind.  And never far below the surface of the narrative, as the rich CEOS do their deals and their plotting and the less powerful people try to sustain themselves with things as basic as love and empathy, is a stark warning. If we don’t take care of Nature, Nature will take care of us.

J.L. Morin grew up in inner-city Detroit.  Her previous novels include Trading Dreams (2012), a humorous story that unmasks hypocrisy in the banking industry, and the YA cli-fi tale Nature's Confession (2015).  She writes regularly for the Huffington Post and Library Journal and has published in The Detroit News, Agence France-Presse, Cyprus Weekly, European Daily, and World Economic Forum, among others.

You can get Loveoid right here.