Ex-state trooper Henry Malone might get to wear a badge again—if he can keep from getting killed.

It’s the kind of offer only Henry Malone would get: Local strip club owner Wallace “Bada” Bingham wants Henry to run for sheriff of Parker County, West Virginia, and he’s willing to back the candidacy. But while Henry considers the proposal, Bingham’s got an additional job offer: Investigate the robbery of a money-counting room at a washed-up country musician’s concert.

One dead body later, Henry, along with his well-armed A.A. sponsor Woody, quickly figures out Bingham’s not telling him everything. To discover the answers and catch the killer, Henry and Woody must put everything at risk and confront the forces who want control of Parker County—no matter what the costs, or who has to die. 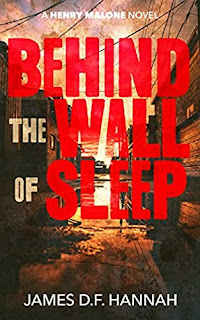 Get yours
Posted by Steve Weddle at 1:00 PM