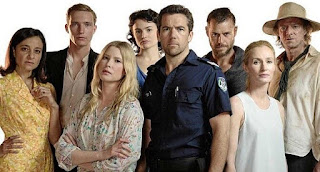 “Just watch the first episode and let me know what you think.”

That was the request my wife made about Glitch, a TV show out of Australia now streaming all three seasons on Netflix. What was it about? Dead people crawling out of their graves.

The show has a solid cast of characters, but the anchor is James (Patrick Brammall), a local policeman in the fictional town of Yoorana in southern Australia. He is called to a local cemetery in the middle of the night for a rather unusual reason: people have crawled out of their graves, in perfect health, but with no memories of their past lives. James enlists the aid of a town doctor (Genevieve O'Reilly) who conducts tests on The Risen. The stinger? One of them is James's wife, Kate (Emma Booth). We know her backstory a bit: she died of cancer and now James has married Kate's BFF, Sarah (Emily Barclay) who is now pregnant.

The other formerly dead folks include Paddy Fitzgerald (Ned Dennehy), a man who died almost two centuries ago, Charlie (Sean Keenan), a World War I veteran with a statue modeled after himself, Kirstie (Hannah Monson), a young woman with a tragic past, Maria (Daniela Farinacci), an Italian wife who died in a car crash with her child, and Carlo, a man who early on sets the rules for The Risen: as he passes a certain point over a bridge, he disintegrates.

The creators of Glitch, Tony Ayres and Louise Fox, know that the foundation of a good show is characters we care about, and the wife and I instantly were drawn into the complicated life of James. Here is a married man with a pregnant about to give birth who not only has to figure out why and how dead people have come back to life but one of them is his dead wife whom he stil loves. Patrick Brammall excels in his role as James, often showing his emotion only by facial expressions. The anguish is clear on his expressions and his actions. Even when he makes choices we don't agree with, we felt for him.

But my wife and I also felt for the other characters, some more than others. Another standout is Chris (John Leary), James's fellow policeman and the single character who remains unaltered by the science of the show. Leary shows Chris coming to terms with what his eyes show him (Kate alive? Other dead people alive?) and the sometime duplicitous actions by James. As the show went on, he became the one character I sincerely wanted to survive. Leary's performance, like Brammall's, are all in his actions, some you expect, and others you don't see coming. Chris has to live with the choices he makes. I shan't tell you, one way or another, what is his fate. You'll have to watch to find out. 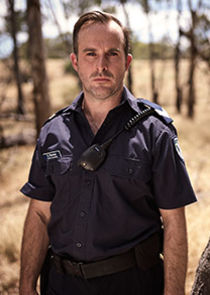 By having multiple generations of people awakened, you get to see how, say, Paddy, deals with the 21st Century (he of the 19th). Ditto Charles, the veteran of the Great War. Kirstie and Kate have less of a learning curve, but their backstories still prove compelling.

Back to the science (or magic?) of how these people returned to life, the show does give an explanation, and it is enough of one to pass muster. But there's not a lot of focus paid on it. All attention is given to the characters, the ones who have come back and the ones who, somehow, are also "altered" and who seem to be out to kill the Risen.

Who are they and why are they trying to kill The Risen? The show keeps their origins vague for the most part--better to propel the mystery of the show--but some characters change during the course of the 18-episode, 3-season show.

I've read a few articles about the show and fans were notified that season 3 was going to be it for the show. But, the showrunners promised, while the show was cancelled, a satisfying conclusion was to be delivered.

And they delivered. In spades. And tears.

Not to give away the ending, but the wife and I were simultaneously satisfied and wiping away tears. It was an excellent ending, well earned, and wholly predictable when you look back on it. But even if you guessed how the show needed to end, it doesn't take away from the emotion of the moment. Any show that brings tears to my eyes is a good show. That Glitch, a show with a very unusual beginning, did so, makes it a wonderful 18 hours of television, and one of the best things we've seen on TV in 2020.