STEPPING INSIDE THE MIND OF A MONSTER 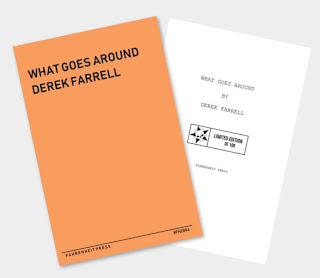 Buy "WHAT GOES AROUND" HERE

I’m known to most people for writing The Danny Bird Mysteries, and I’m really proud of those books, which have grown from a thing I didn’t think anyone would care about to a series that has people emailing me to demand the release date for the next one. <Spoiler: I’m still writing it>.

But a while ago, I wrote something different. Something darker. It’s about a man who is – at the very least – a sociopath, and possibly a psychopath.

But Clarence has a habit. A preference. It’s not a weakness exactly, as it’s the one thing in his life he can totally control.

Well, most of the time.

Until one day his life his, work and his pleasures collide in a way you won’t see coming… 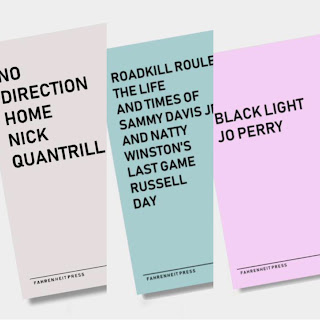 “What Goes Around” is published now as a Fahrenzine – a short self-contained story in a simple Zine-style book, limited to 100, hand-numbered copies.

Writing it was a strange experience. I’ve written violence before – I’m a crime writer, it goes with the territory – but to date the books I’ve had published have been told in the first person and through the eyes of Danny Bird, my everyman hero and all-round decent bloke.

So you might have thought that getting into the head of Clarence – a violent, misogynistic sociopath – would be a difficult experience. But I actually found it almost disturbingly easily. Clarence exists in a world where violence is currency, where murder is a business manoeuvre and where people have value only as long as they are of use to the powerful. A world where terror is normalised and where – when people end up dead – everyone simply shrugs, as though to say, ‘Shit happens.’

And that, to be honest, was easy to tune in to. In fact, tuning out of it – retaining my humanity, refusing to believe that some people are worth less than others – has been, for a few years now, the hard thing. If I wanted to know how people who lack empathy, decency and basic humanity look, how they sound, how they feel, I didn’t need to be a writer of fiction; I needed to be a documentarian.

Clarence is a self-centred torturer, a murderer and a rapist. I didn’t need to create him; I needed to switch on the TV and watch the people who lead the nations I once viewed as bastions of messy but vibrant civilised democracies leading their people into the darkness. They – and the columnists, Talking Heads and Twitter Trolls the world is awash with - gave me all the material I needed.

My work began when I dug a little deeper and tried to understand why Clarence was the way he was. It’s a short piece, and a pacy crime story rather than a psychological study, so there’s little room to expand on his background, but there’s one line – early in the piece – that I think explains a lot. For me, Clarence is what happens when people who have been made to feel small and helpless grow up and are given power.

Buy "WHAT GOES AROUND" Direct from the publisher HERE.

Posted by Derek Farrell at 2:00 AM

Email ThisBlogThis!Share to TwitterShare to FacebookShare to Pinterest
Labels: #Noir